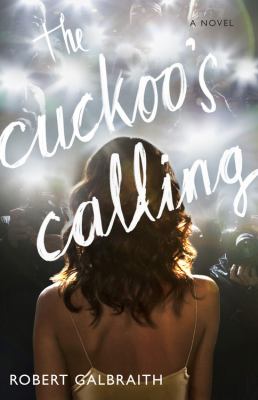 Back when Deathly Hallows was hot off the presses, I remember reading an interview with J.K. Rowling; when asked what she would write next, she answered: mysteries for adults. I’ve been looking forward to The Cuckoo’s Calling ever since. After her first post-Potter foray into literary fiction, Jo is back in the realm of genre, and I think it’s where she belongs. Her imagination is so fierce and wild and her observations about the real world are so raw and true that the juxtaposition of them is magical. We all saw it in Harry Potter, I missed it in The Casual Vacancy, and now it’s back in The Cuckoo’s Calling. This is a phenomenal book: thrilling and elegant and a little cheeky. The characters are vibrant, true, and endlessly entertaining. Even the dead model at the heart of the mystery, Lula “Cuckoo” Landry, has a personality, and a life, beyond her infamous lifestyle and her undignified death; the living characters, private detective Cormoran Strike and his assistant Robin, are even better.

Cormoran lost his leg to a land mine in Afghanistan, and back home in the UK, he’s facing a life that’s deteriorating rapidly as his debts mount, his relationships waver, and his stream of clients dries up. When Robin appears, the product of an expensive contract with the temp agency that he tried to cancel, Strike is vexed: how can he hide from this clever, intrepid young woman that he’s sleeping on a cot in his office? But Robin and Strike are a great team, as they both tentatively realize: Strike is a gifted detective whose shadowed past has removed him from the military police for complex, unclear reasons, and Robin is a whip-smart HR rep with a natural talent for investigation.

As Robert Galbraith, Rowling wastes no words. This is a long book, but not an overlong one. There are a lot of characters, a lot of red herrings, and a lot of plot developments, but they layer on top of each other seamlessly and the payoff is extremely satisfying. The scenes are so descriptive, you’re absolutely there – I was completely drawn into this book. The best part about it was how genuine and true it all was: when Robin and Cormoran use their cell phones and the internet to track down clues, it doesn’t feel forced or fake, it’s completely natural. The same thing happened in The Casual Vacancy: whenever technology is used, it’s employed seamlessly, artfully, expertly into the plot. I propose that this comes from treating it with the same rules you’d use to write about magic wands. It was painful to set The Cuckoo’s Calling down and heartbreaking to reach the end: if Rowling wants to write any more about Cormoran Strike, I’ll be gleefully pre-ordering every new Galbraith title.

Relevant Fun Fact: the common European cuckoo reproduces by parasitic brooding, where they lay their eggs in the nests of other birds and the other birds raise the baby cuckoos – leaving the adults free to flit off and do whatever birds do.

One thought on “The Cuckoo’s Calling by Robert Galbraith”

Bad Behavior has blocked 1773 access attempts in the last 7 days.