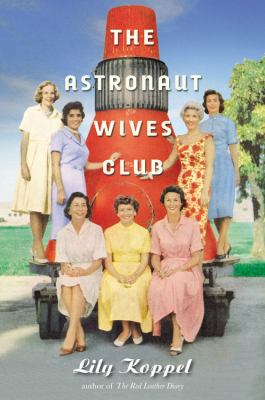 Author Lily Koppel reveals for the first time the stories and secrets of America’s unsung heroes – the wives of our original astronauts in The Astronaut Wives Club.

As America’s Mercury Seven astronauts were launched on death-defying missions, television cameras focused on the brave smiles of their young wives. Overnight, these women were transformed from military spouses into American royalty. They had tea with Jackie Kennedy, appeared on the cover of Life magazine, and quickly grew into fashion icons. Annie Glenn, with her picture-perfect marriage, was the envy of the other wives; platinum-blonde Rene Carpenter was proclaimed JFK’s favorite; and licensed pilot Trudy Cooper arrived on base with a secret. Together with the other wives they formed the Astronaut Wives Club, meeting regularly to provide support and friendship. Many became next-door neighbors and helped to raise each other’s children by day, while going to glam parties at night. As their celebrity rose – and as divorce and tragic death began to touch their lives – they continued to rally together, and the wives have now been friends for more than fifty years. This is the real story of the women who stood beside some of the biggest heroes in American history. (description from publisher)

Bad Behavior has blocked 1333 access attempts in the last 7 days.