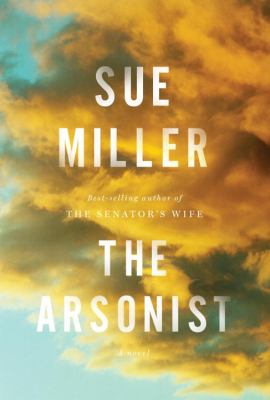 The Arsonist by Sue Miller is my latest foray into audiobooks. Miller has weaved a suspenseful story full of family drama and community intrigue within a small New England town.

Frankie Rowley has returned to Pomeroy, New Hampshire, the small village and farmhouse where her family has always spent the summers. Frankie has worked in East Africa for the last 15 years, but came home after she realized that she has never really quite fit in over there. The adjustment back to the states is hard on Frankie, leaving her walking along a country road on her first night back. Waking up the next morning, Frankie discovers that a house up the road has been burnt to the ground. Fires keep popping up around the community, putting people on edge and dividing the town even further.

In addition to the community drama around the fires, Frankie’s mother Sylvia is becoming more concerned over her husband’s erratic behavior. He is forgetting more and more some days, while on others, he seems just fine. Frankie and her sister, Liz, are trying to help, but Liz has a family of her own to deal with now and is hoping Frankie will help relieve her stress. Frankie, herself, has fallen for Bud Jacobs, a Washington DC transplant to Pomeroy, who has taken over the town’s small newspaper. All of these relationships become even more entangled in a very small town under great stress due to all of the arson activity and the divide between the summer people and year-rounders.

The Arsonist is the second book that I’ve listened to where the author has been the narrator and the stories really benefit from the author’s telling. The author is able to truly tell how she wants the characters to talk and how she sees them interacting with each other. You also notice a distinct connection between the narrator and each character because the author cares more about and has a more vested interest in how the characters are being portrayed. Check this book out and let me know what you think!

This book is available in additional formats: