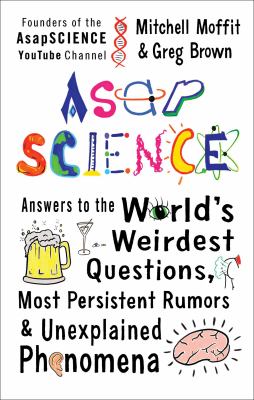 Growing up, I was always curious about anything and everything and I still am. As a result, my poor parents, and really any adult who happened to be near me, were often subjected to my numerous questions: Why is the sky blue? Is cracking my fingers really bad for me or do you just find it annoying? Are my eyeballs really going to pop out of my head if I sneeze with my eyelids open? And many many more questions…

Now that I’m an adult, I find myself on the receiving end of those questions every day as well as having questions of my own. How do I answer these questions? Well, I look them up either online or in books. One of my favorite places to look for answers when I don’t have books nearby is a YouTube Channel called AsapSCIENCE. (They also have another channel called AsapTHOUGHT where they add a social conscience twist to science.) On the AsapScience channel, Mitchell Moffit and Gregory Brown have made hundreds of YouTube videos about a wide variety of science subjects.

As I was walking the new shelves, I discovered that Moffit and Brown had come out with a book called AsapSCIENCE: Answers to the World’s Weirdest Questions, Most Persistent Rumors & Unexplained Phenomena that goes into more detail than their YouTube channel does on certain popular questions, rumors, and unexplained things that are populating our everyday lives. Filled with illustrations as well as easy to understand definitions of difficult terms, Moffit and Brown tackle the important questions: What are eye boogers? How can I cure my hangover? Is binge watching tv really bad for me? Crack open this book to answer those burning questions about the 5 second rule, what would happen if you stopped sleeping, and even if the zombie apocalypse could really happen. They even have the answers to my blue sky, cracking fingers, and sneezing questions!

Have more questions that this book doesn’t answer? Come visit the library and our reference librarians can help you find the answers. 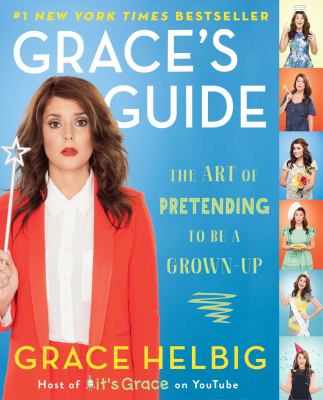 Grace’s Guide: The Art of Pretending to be a Grown-Up is a guide for anyone and everyone who needs help in any situation (broad description, but hang on, I promise it will make sense). The author of this book is Grace Helbig, the host of it’sGrace, a YouTube vlog(video+blog) where Grace enthralls viewers with everything from quirky food recipes, teaching people how to fall down in public, to even taking a good hard look at how the President chooses to dress himself. She might also be familiar to you as a guest star on Hannah Hart’s vlog, My Drunk Kitchen (check out Hannah’s book, My Drunk Kitchen).

In Grace’s Guide: The Art of Pretending to be a Grown-Up, Grace talks her readers through the little tips that she wished someone would have told her when she was in college, dealing with anxiety, trying to be a good party guest, making adult friends, and dealing with all the aspects of friend and significant-other relationships. Some of her advice ranges from the quirky (don’t get stuck with the pet at the party), the painful (make peace with the idea of failing when asking someone out – realize it might happen, then get over it!), and the helpful (get out of the house and be around other humans after a break-up). This book is broken up into multiple sections about a variety of different scenarios that people who are trying to be grown-ups will face on a daily basis. In addition to her advice, Grace imparts “Mom’s Words of Wisdom,” handy acronyms for you to remember the advice she just gave you, and even little worksheets for you to fill out.

Grace tackles difficult topics that need to be talked about in such a fun and entertaining manner that readers don’t even realize that she’s actually helping.

Thank goodness authors and actors and artists keep using Jane Austen as a muse to keep us Janeites busy. Here is a list of a few recent Austen-related items I’ve enjoyed: 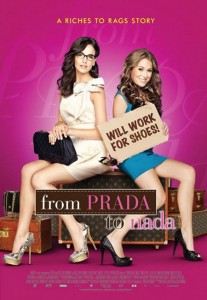 From Prada or Nada: I have been a fan of actress Camilla Belle since her Disney Channel days, so I checked out this movie for some fun and silliness. My first shock was that despite the girly title and DVD image, this film has more drama than comedy. Then my second shock came at the end of the movie when I realized I had been watching a pretty direct retelling of Sense and Sensibility! (The girls are even named Nora and Mary–I was so embarrassed it took me so long to register the plot.) The movie follows two sisters as they deal with their father’s death and moving from his wealthy home to live with their Mexican Grandmother and extended family in a poor neighborhood in East LA. The film did a fantastic job of keeping true to Austen’s story while also staying accurate to today’s society and the lives of Mexican-Americans. 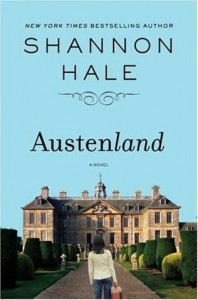 Austenland by Shannon Hale: Although I tend to love films that do an Austen retelling, I am always hesitant of books that attempt the same. The exception to the rule is those self-aware books where a modern Janeite finds herself living as an Austenian Heroine in her own life. In Austenland, Jane Hayes has been given a trip to stay at Pembrook Park, one of England’s Regency Era resorts that caters to those with Jane Austen fantasies. Although at first she is hesitant to play along with the staff and actors, Jane eventually convinces herself that she will never let go of her Mr. Darcy obsession unless she fully allows herself to participate in the romantic experience. Unfortunately, her love life just gets more complicated as she begins to confuse reality and Austen fantasy. Shannon Hale just wrote a companion book called Midnight in Austenland that sets a murder mystery in Pembrook Park. 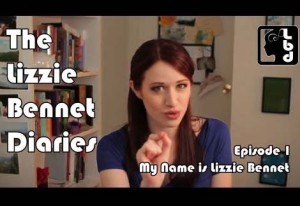 The Lizzie Bennet Diaries: This popular youtube series is one of my favorite new things! As you may have gathered from this post (and my other Jane Austen posts), I love Jane Austen with a modern twist, and the Lizzie Bennet Diaries add a twist that I have never seen before: they are telling the story of Pride and Prejudice in real-time! Yup, Jane started her web diaries back in April when she first found out that a young doctor, Bing Lee, bought the mansion near her parents’ home and her mother was becoming insane about it. Her and her bf, Charlotte, (along with occasional help from her sisters, Jane and Lydia, and Bing’s sister, Caroline) produce two videos a week that are usually about 3-5 minutes each. Right now, Lizzie and Jane are staying over with Bing while their mother is remodeling their home (in case they have to sell it). The actors are fantastic, the scripts are fresh, and the whole shebang is produced by youtube superstars Bernie Su and Hank Green. You can catch up on the videos directly from the LBD youtube channel: http://www.youtube.com/user/LizzieBennet/ or find out more about the whole project at: http://www.lizziebennet.com/

Bad Behavior has blocked 1564 access attempts in the last 7 days.