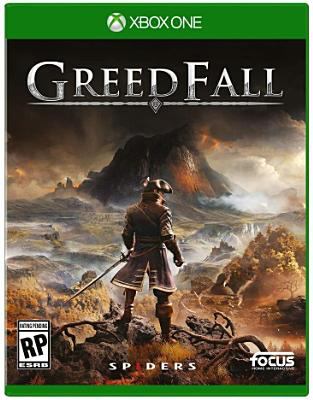 To gamers of a certain age, the name BioWare is synonymous with excellence in roleplaying games. The mere mention of the iconic Canadian developer conjures memories of epic single player journeys filled with impactful, morally ambiguous decisions and memorable companions. Deep theorycrafting – stats and attributes, traits and talents, skill trees and loot tables – rounds out the typical BioWare playthrough. While this may make their games sound formulaic, each of their franchises manages to feel fresh and distinct, ranging thematically from high fantasy to kung-fu mysticism to space opera. From Baldur’s Gate to Jade Empire to Mass Effect, a new BioWare release has always been an experience.

Their most recent release, however, is a radical departure from the usual formula. Anthem is an always-online, squad-based looter shooter set on a post-apocalyptic planet littered with the ruins of ancient civilizations. The main hook is that your character pilots a Javelin, a powered exosuit (think Tony Stark’s Iron Man suits). Although I’m generally not a fan of shooters or multiplayer games, BioWare’s track record was stellar enough for me to give them benefit of the doubt. And besides, who doesn’t want to fly around stunning alien environments?

The foundation of a good game is there: flying around in your javelin feels great, the world is gorgeous, there are tantalizing scraps of lore. However, none of it is able to cohere into a satisfying whole, and there’s plenty lacking. It’s evident that BioWare had never made a game like this before. Compared to other genre staples, like The Division and Borderlands, the amount of content is severely lacking – and what is present quickly grows repetitive. Most egregiously for a BioWare game, the story and characters are dull (and mostly relegated to the background). That being said, these flaws make Anthem the perfect candidate for checking out from the library. Get it for free, spend a few days living out your Iron Man fantasies, and bring it back when you’ve had your fill.

If, like me, you find yourself craving a more authentically BioWare-like experience after putting down Anthem, I cannot recommend Greedfall highly enough. French developer Spiders has much less labor-power and a significantly smaller budget to work with than BioWare, so don’t expect the same level of polish found in BioWare classics like Dragon Age, but Spiders nails what’s important: writing, characters, world-building, and mechanical depth. And while the graphics aren’t top-notch, the uniquely beautiful art direction more than makes up for that fact.

Speaking of art, Greedfall starts with your character sitting for a portrait, a rather clever presentation for character creation, as well as immediately signposting what kind of world you’re entering – in this case, a baroque fantasy world inspired by the historic Age of Exploration. Appropriate, as you soon set sail for Teer Fradee, a “new world” of sorts where there is said to be a cure for the mysterious illness plaguing your home town. Of course, much like the “new world” in our own history, there are already people living on Teer Fradee. In addition to the natives, there are three main factions vying for control of the island and its resources, and as a senior diplomat, it’s up to you to balance their conflicting interests, all while uncovering the island’s many mysterious secrets. Greedfall gives you immense freedom in building your character, not just mechanically, but from a roleplaying perspective as well. Unlike Anthem, this is a game I see myself coming back to check out again and again.

Greedfall is available at the library in both X-Box and PlayStation 4 formats.

Bad Behavior has blocked 1463 access attempts in the last 7 days.