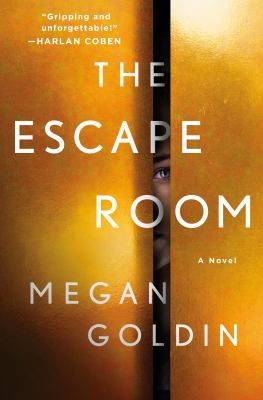 New book club pick! Virtual Book Club will be discussing The Escape Room  by Megan Goldin on Wednesday, July 29th at 2pm central. Information on how to join the discussion is below!

Curious what the book is about? Check out the following description provided by the publisher:

In the lucrative world of Wall Street finance, Vincent, Jules, Sylvie and Sam are the ultimate high-flyers. Ruthlessly ambitious, they make billion-dollar deals and live lives of outrageous luxury. Getting rich is all that matters, and they’ll do anything to get ahead. When the four of them are ordered to participate in a corporate team-building exercise that requires them to escape from a locked elevator, things start to go horribly wrong. They have to put aside their fierce office rivalries and work together to solve the clues that will release them. But in the confines of the elevator, the dark secrets of their team are laid bare. They are made to answer for profiting from a workplace where deception and intimidation thrive. Tempers fray and the escape room’s clues turn more and more ominous, leaving the four of them dangling on the precipice of disaster. If they want to survive, they’ll have to solve one final puzzle: which one of them is a killer?

Please join my meeting from your computer, tablet or smartphone.
https://global.gotomeeting.com/join/534926045

New to GoToMeeting? Get the app now and be ready when your first meeting starts:
https://global.gotomeeting.com/install/534926045 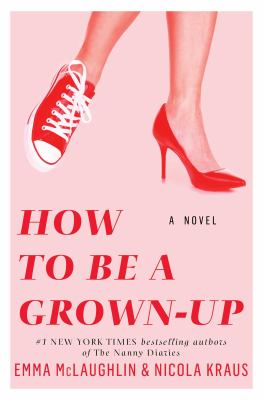 Co-written by Nicola Kraus and Emma McLaughlin, How to Be a Grown-Up is a fascinating peek into upper class New York and the world of start-up websites – in this case, one for upper class babies and their parents. More than a little absurd, this world of over-consumption and ambitious, yet inexperienced, young bosses is the one in which Rory finds herself – after her husband, an  aspiring actor, dumps her.

Kraus and McLaughlin are the authors of The Nanny Diaries,and there are definite similarities – in the dynamic between the very rich and those struggling to get by. Some of the scenes do seem to be written filmically; we can almost see a  Scarlett Johansson or Anne Hathaway-type breaking her foot as she juggles the impossible demands of her tyrannical bosses and the equally formidable demands of her two children, while teetering on five-inch heels.

The most successful part of the book is the satire of the workplace – the two young entrepreneurs in charge of the start-up dress in the skimpiest of outfits no matter how cold they are, and regard “things” such as wastebaskets and a work space as unnecessarily retro. It’s satisfying to see the tables turned, and  Rory’s experience and know-how are acknowledged as valuable.

If the authors had focused more on the work aspect of the book and less on the inexplicable choices Rory makes in her personal life, the book would have, in my opinion, been better for it. Still, it’s a revealing and interesting look into a very fast-paced world, not well-known in Iowa – even in the metro Quad-Cities.