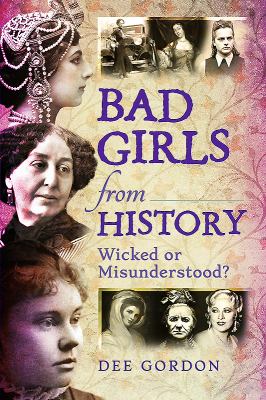 This compilation of notorious female historical figures in Bad Girls from History is intriguing. Some are so infamous they are still well-known today, such as Bonnie Parker of Bonnie and Clyde, but most were new to me. The chapters are divided into “Courtesans and Mistresses,” “Madams, Prostitutes and Adulterers,” “Serial Killers,” “Gangsters, Thieves and Con-Artists,” and “The Rebel Collection.” It was fascinating to note how many of the ladies in the murderous category had life insurance policy payouts as their motive! Apparently there weren’t any fraud divisions at insurance agencies back then?

I was in awe of some of the rebellious ladies such as Mary Wollstonecraft, Grace O’Malley, and Fanny Campbell. Each of these defied conventions of the time and led the lives they wanted. I wish I could have known more about the lady pirates Anne Bonny and Mary Read but perhaps there are scant historical records.

As I began reading each biography in the first chapter, I noticed similarities between them. It became clear that in the paternalistic systems prevalent in most societies for millennia, women had fewer rights and opportunities to earn a decent living than men. It was a blessing to be born beautiful and it would appear beauty was one of the few marketable and profitable characteristics one could bank on. So many women in this chapter became mistresses or courtesans to men of high society as the most advantageous route to earn a living. It also became clear that child marriages as well as lack of government oversight of children led to abuse, child-trafficking, and even murder.

Since this writer is British, I found a few phrases and references unfamiliar but overall I enjoyed the book. Gordon did an excellent job with her extensive research and the result is an interesting peek into the lives of misbehaving (Western) women throughout history. 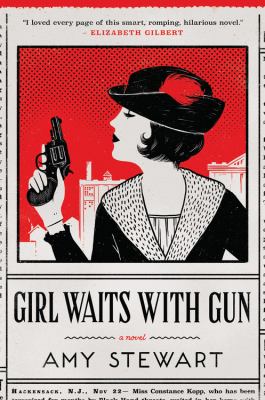 The year is 1914 and three sisters find themselves involved in an accident.  The sisters were driving in their buggy when a motor vehicle plowed into them.  Men came to the women’s aid and lifted the damaged buggy off of them.  The oldest woman, Constance Kopp, is outraged.  The driver, Henry Kaufman, is disrespectful but Constance informs him that she will be sending him a bill.  Miss Kopp makes Mr. Kaufman look quite ridiculous.  She is six feet tall and towers over this petty little man.  Her sister Norma warns Constance to drop the matter but she will do no such thing.  To Constance, it is the principle of the matter.  And so, she sends Henry Kaufman a bill.

After receiving no response, Constance decides to go down to Mr. Kaufman’s silk dying factory.  Once she is there, she meets with Mr. Kaufman’s sister who is not at all surprised by the story.  Constance and Henry have another meeting.  At this time, he threatens the youngest sister, Fleurette.  Without thinking, Constance goes into a blind rage and finds herself smashing Henry Kaufman’s head against the wall.  Unfortunately, she did this in front of his low life friends.

Constance realizes that she has made an enemy.  Bricks with threatening notes attached break through windows.  Cars drive past the farm house with men yelling for Fleurette.  Norma is upset with Constance for pursuing the matter.  Constance ends up confiding in the sheriff.  He posts deputies at her house and gives each woman a gun and teaches them how to shoot.  The sheriff instructs them on what to do in order to collect evidence.  Eventually Henry Kaufman slips up and the sheriff is able to arrest him.

But there is more to the story.  Throughout the book, the reader is given clues to Constance’s past.  We learn why these women moved from Brooklyn, New York to live on a farm in New Jersey.  And there is the case of the missing baby that Constance solves.  Girl Waits With Gun is the story of a unique woman that stood up to a bully and protected her sisters.  And, Miss Constance Kopp was one of America’s first female deputy sheriffs.  This book is based off of true events.  You can find it in print and audiobook.

To learn more about Constance Kopp, visit the author’s website. 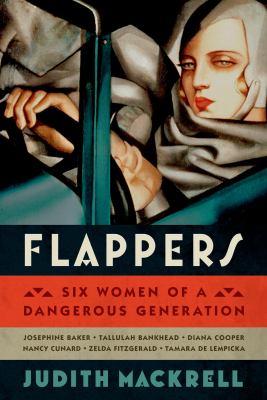 By the 1920s, women were on the verge of something huge. Jazz, racy fashions, eyebrow-raising new attitudes about art and sex – all of this pointed to a sleek, modern world, one that could shake off the grimness of the Great War and stride into the future in one deft, stylized gesture. The women who defined this age – Josephine Baker, Tallulah Bankhead, Diana Cooper, Nancy Cunard, Zelda Fitzgerald, and Tamara de Lempicka – would presage the sexual revolution by nearly half a century and would shape the role of women for generations to come. In Flappers, acclaimed biographer Judith Mackrell renders these women with all the color that marked their lives and their era.

Both sensuous and sympathetic, her biography lays bare the private lives of her heroines. These women came from vastly different backgrounds, but all ended up passing through Paris, the mecca of the avant-garde. Before she was the toast of Parisian society, Josephine Baker was a poor black girl from the slums of Saint Louis. Tamara de Lempicka fled the Russian Revolution only to struggle to scrape together a life for herself and her family. A committed painter, her portraits were indicative of the age’s art deco sensibility and sexual daring. The Brits in the group – Nancy Cunard and Diana Cooper –  came from pinkie-raising aristocratic families but soon descended into the salacious delights of the vanguard. Tallulah Bankhead and Zelda Fitzgerald were two Alabama girls driven across the Atlantic by a thirst for adventure and artistic validation.

But beneath the flamboyance and excess of the 1920s lay age-old prejudices about gender, race, and sexuality. These flappers weren’t just dancing and carousing; they were fighting for recognition and dignity in a male-dominated world. They were more than mere lovers or muses to the modernist masters – in their pursuit of fame and intense experience, we see a generation of women taking bold steps toward something burgeoning, undefined, maybe dangerous: a New Woman. (description from publisher) 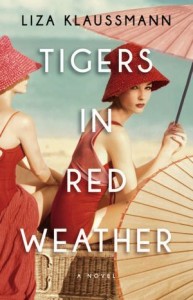 Liza Klaussmann’s debut novel, Tigers in Red Weather, follows two cousins, Nick and Helena, throughout the decades after World War II and chronicles the twists and turns in their lives.  The girls grew up spending much of their time together on the beaches of Martha’s Vineyard and return over the years with husbands, children and family secrets galore.

Told from the point of view of five characters (with each character’s version of reality differing greatly), Tigers in Red Weather’s concludes with a stunning twist, which was just slightly evident  throughout the novel.  I enjoyed Tigers in Red Weather for the banter between the characters on life pre and post World War II but when I began to see the true nature of one of the characters, the book moved in an entirely different direction – a direction that is as much frightening as it is shocking. 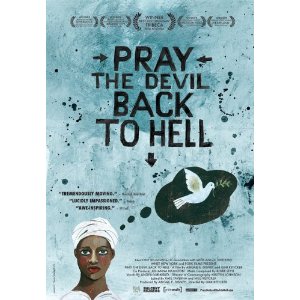 I was stunned by this movie, Pray the Devil Back to Hell. It is a documentary, telling the story of the 20-year-long civil war in Liberia, and how a group of women brought in peace. The women were sick and tired of the atrocities and human rights abuses caused by both sides of the war. Their villages, their families and their children suffered horribly. The civilians were constantly on the run, hungry, jobless and in constant danger from death and worse.

Finally, one woman could take it no longer. She tells of her breaking point and how she began the woman’s peace movement in Liberia. Christian and Muslim women banded together to bring peace to their devastated nation. They did not use arms or politics, but by non-aggressive measures gave their all to demanding peace from both sides.

Although I knew how the movie would end, it was still a suspenseful story. I just watched, still in disbelief that this movement could possibly work, knowing that somehow, it did. This is an amazing sotyr and well worth your time to watch!

March is National Women’s History Month, celebrated every year since 1978. This years theme is Women: Taking the Lead to Save Our Planet and spotlights Rachel Carson, author of A Silent Spring.

Of course, the library has the expected biographies about Elizabeth Cady Stanton and Susan B. Anthony, but how about Billie Jean King, Sally Ride or Betty Friedan? Setting individuals aside, I found these two titles very interesting: