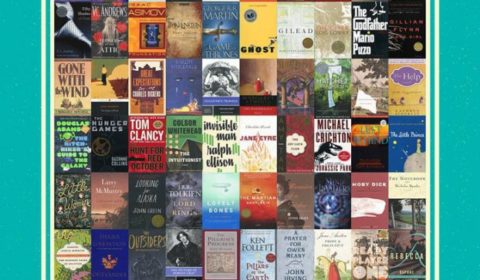 PBS has launched a program called The Great American Read which producers say is “designed to spark a national conversation about reading and the books that have inspired, moved, and shaped us.”  The first of eight episodes aired on May 22, 2018.  It featured some famous people like George R.R. Martin, Neil DeGrasse Tyson, Venus Williams, Wil Wheaton, Chelsea Clinton, and Jenna Bush Hager and Barbara Bush sharing what they love about their personal favorites – The Lord of the Rings, Gulliver’s Travels, The Chronicles of Narnia, Dune, Where the Red Fern Grows and The Book Thief,respectively. If you missed it – don’t worry. You can watch it here.

The final episode is scheduled to air some time in October 2018, according to the show’s official website. Until that time, Americans are encouraged to go online and vote for their favorite book. One vote per day is allowed.

If you are curious about how many books from the list you’ve read, download the checklist and start counting! (I’m at 23 so far.) My personal favorite is To Kill a Mockingbird by Harper Lee. I first read it in 9th grade English class and have loved it ever since. If you, like me, are eager to check more titles off that list, be sure to look for the displays we have at each of our three locations where you can easily find and check one out.

As the show’s host Meredith Viera says, “The Great American Read is happening all across the country, all summer long. So invite your friends to share in the celebration!” I urge you to post a comment to tell us which book is your favorite of all time. We at the library are curious to see how QCA voters will compare to the nation as a whole when the book with the most votes is revealed later this fall! 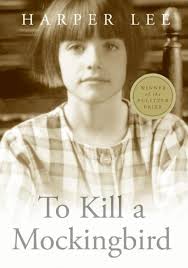 On February 3, 2015, the literary world was shocked to learn that Harper Lee would no longer be a One Hit Wonder. In July 2015, her second novel, Go Set a Watchman, is scheduled to be released.

Go Set a Watchman is the sequel of To Kill a Mockingbird and is set twenty years later.  An adult Scout Finch lives in New York and is back visiting her father, Atticus Finch, in Maycomb, Alabama. According to the publisher, Scout “is forced to grapple with issues both personal and political as she tries to understand her father’s attitude toward society, and her own feelings about the place where she was born and spent her childhood.”

Wuthering Heights was published in London in 1847 by Ellis Bell.  The passion and violence in the book led people to believe that a man wrote Wuthering Heights.  Emily Bronte died of tuberculosis on December 19, 1848 at the age of thirty without knowing how popular her novel would become.

It took Anna six years to write Black Beauty.  She was so sick while she wrote it that she dictated a lot of it to her mother.  Considered a children’s classic, Sewell wrote the book for people that worked with horses.  Sewell died on April 27, 1878 five months after her book had been published.

Margaret Mitchell, Gone With The Wind

It took Margaret Mitchell three years to write her famous novel and it took an additional six years before she showed  it to anybody.  In 1936, Gone With the Wind was published making Mitchell famous.  The movie release in 1939  only heightened her fame. Mitchell did not care for the spotlight which may be the reason she never wrote  a sequel.  In 1949, she was hit by a car and died five days later.

Sylvia Plath was a published poet when she wrote her semi-autobiographical novel about mental illness.  In January 1963, The Bell Jar was published under the pseudonym Victoria Lucas.   Plath died less than a month later on February 11, 1963.

J. D. Salinger, The Catcher in the Rye

J.D. Salinger had published several short stories but The Catcher in The Rye made him famous in 1951. The attention made him reclusive and he published his short stories and novellas less frequently. Salinger died of natural causes on January 27, 2010.