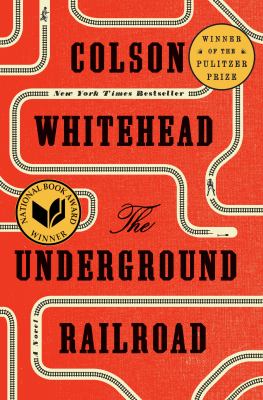 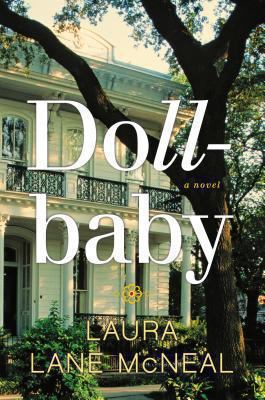 When Ibby Bell’s father dies unexpectedly in the summer of 1964, her mother unceremoniously deposits Ibby with her eccentric grandmother Fannie and throws in her father’s urn for good measure. Fannie’s New Orleans house is like no place Ibby has ever been – and Fannie, who has a tendency to end up in the local asylum – is like no one she has ever met. Fortunately, Fannie’s black cook, Queenie, and her smart-mouthed daughter, Dollbaby, take it upon themselves to initiate Ibby into the ways of the South, both its grand traditions and its darkest secrets.  For Fannie’s own family history is fraught with tragedy, hidden behind the closed rooms in her ornate Uptown mansion. It will take Ibby’s arrival to begin to unlock the mysteries there. And it will take Queenie and Dollbaby’s hard-won wisdom to show Ibby that family can sometimes be found in the least expected places.

For fans of Saving CeeCee Honeycutt and The Help , Dollbaby brings to life the charm and unrest of 1960s New Orleans through the eyes of a young girl learning to understand race for the first time. By turns uplifting and funny, poignant and full of verve, Dollbaby is a novel readers will take to their hearts. (description from publisher) 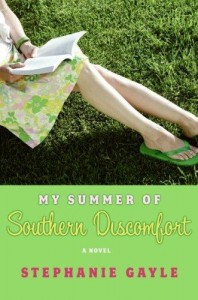 Stephanie Gayle’s story of a disgraced lawyer who moves from Manhatten to Macon,Georgia has all the ingredients of a standard chick lit novel – a young, attractive female in a glamorous profession who places her trust in a wildly untrustworthy cad and is now trying to rebuild her life with new friends, in a new job, in a new city.

Gayle, however, nearly forgets to include a new romance for her heroine, Natalie Goldberg. Instead, the real strength of My Summer of Southern Discomfort is in the relationship the Bostonian daughter of a legendary civil rights lawyer develops with Ben, her Southern, conservative co-worker, as the two of them try a death penalty case together. Natalie and Ben learn to respect the strenghs each one brings to the trial and it’s preparation.

The book is actually a hybrid of genres – legal fiction/romance.  A love interest for Natalie is hurriedly tacked on at the end of the book, so the book does earn it’s embossed Chick Lit stamp. 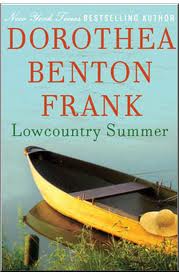 Right about now, in the frigid frost of  a typical Midwestern mid-winter, a nice hot beach read can come to the rescue.   Fortunately, Dorothea Benton Frank’s Lowcountry Summer fills the bill.  Previous fans will find familiar ground in this sequel to her bestselling novel, Plantation. Though Frank resides in New York, she was born and raised on Sullivan’s Island, South Carolina, and her knowledge of the area and it’s cultural customs certainly seem to authenticate the already colorful characters.

For some reason, I don’t know why, maybe it was all the references to the mouth-watering food they were eating , but the narrator kept reminding me of Paula Deen.  But then she’d reinvent herself when describing her laugh-out-loud love-life, and yet again when trying to deal with a drunken sister-in-law or comfort her grief-stricken brother.  So there’s more than just sass and sex  — there’s all the dynamics of complicated family relationships with some unexpected and poignant outcomes thrown in along the way.

I think the thing I enjoyed most was how she used dialog for the narrator, Caroline.  For example, Caroline might respond verbally one way (to her 19 year old son in college who’s shacking up with an older single mom) but she also lets the reader know her real thoughts, as shown here:

“But it’s nothing really.  I just go over to her place for dinner, that’s all”

See what I mean?  So, come to the library,  pick up a copy and than pretend you’re on vacation on a beach near Charleston.

I couldn’t wait to read South of Broad — Pat Conroy hasn’t written a novel in 14 years  — though he did write a memoir (My Losing Season) and a cookbook.   I was also curious about the Charleston, South Carolina connection.  In Charleston, south of Broad Street (S.O.B.) is teasingly differentiated from slightly north of Broad (SNOB) in reference to the upscale residents there.  None of the reviewers seemed to catch this obvious pun.  At any rate, I do have to agree with reviewer Chris Bohjalian, who stated, “Even though I felt stage-managed by Conroy’s heavy hand, I still turned the pages with relish.”  That’s how I felt, too.  The book definitely kept my interest but there were details that irritated me.  I questioned the likelihood of all those high school sweethearts actually marrying.  I was kept worrying about his brother’s suicide until the very end.  I found some of the dialogue forced.

Still — I’d rather have you form your own opinion, so here’s a short synopsis of the plot.  The book begins in the summer of 1969, just as the main character (Leopold Bloom King — yes, named after the character in Joyce’s Ulysses) is about to enter his senior year in high school.  After a miserable childhood, marked primarily by the unexpected suicide of his golden-boy brother, Leo becomes friends with an unlikely group which includes orphans, blacks, members of the socially elite and charismatic twins, Trevor and Sheba Poe.  Fast forward twenty years — Sheba is now a famous movie star and Trevor is wasting away with AIDS.  Sheba recruits this same group — still best friends — to find Trevor in San Francisco and bring him back home to Charleston.

In my opinion, this is not Conroy’s best work, but it’s one that many will still enjoy reading. 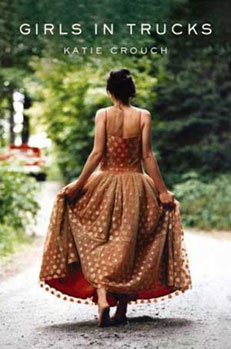 This single phrase describes Crouch’s debut novel Girls in Trucks, in a nutshell.  What starts out as a pleasant story about a young Southern debutante, full of all the appropriate adolescent angst, suddenly and surprisingly turns into a slightly tragic sitcom version of the once popular TV show.  I actually liked the first part better, though the novel is really a collection of stories pieced together in the appearance of a novel.  Still, this will prove to be hugely popular, especially with the twenty-something crowd,   as the author effectively captures not only the charming Charleston, South Carolina dialogue and decorum, but also replays the New York City scenes with a saucy wit that leaves the reader both in laughter and in tears.  Warning:  it doesn’t end at all the way you would expect it to —  you’ll just have to read the book to find out for yourself!