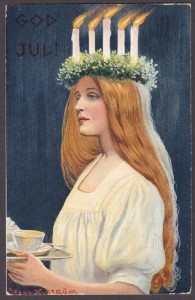 What could be more festive than flaming candles in a girl’s hair or drinking cup after cup of strong coffee accompanied by pastries? This time of year makes you think about the customs of cold weather countries.

Lucia Day often begins with the daughter of the house bringing breakfast and coffee to her parents (adorned with a wreath of candles). How to Make a Swedish Christmas and Christmas in Scandinavia have recipes and instructions for making  ornaments like woven heart baskets and straw horses.

Swedish Christmas Crafts by Helene Lundberg has great, and simple, ideas for decorations, such as putting small white candles in a row of bright red apples to use as a centerpiece or using coarse salt for a snow substitute. Or how’s this for a frugal gift idea? Use a tin can after stripping off the label for a container of nuts or candy. Tie a piece of pretty cloth over the top.

Coffee is a central part of a fabulous Icelandic custom called the Four Coffees. Beatrice Ojakangas’ Great Scandinavian Baking Book includes instructions for a succession of cookies, cakes and breads that are eaten. With each pastry, one cup of coffee is consumed. With the fourth cup, you can eat anything at the coffee table.

Embrace the cold and snow season – revel in spicy cookies, lots of candles, and plenty of coffee. 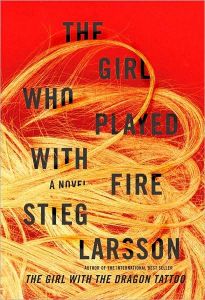 An international best-selling thriller, The Girl Who Played with Fire by Stieg Larsson, transports us to present day Sweden where crime, corruption, and the little known world of human trafficking run rampant.  Lisbeth Salander, a smart, tattooed, self-sufficient computer hacker, is the focus of a criminal investigation centered on the murder of two journalists who are close to exposing the international sex trade business.  Mikael Blomkvist, a magazine publisher whose magazine was to eventually publish the expose, has a history of working with Salander and is intent on proving her innocence – if he can find her before the police do.  On the run from authorities, Salander’s alarming past is revealed and she is intent on revenge.

The twists and turns in this book will keep you wondering if she is innocent or guilty and, most importantly, what is the motive for these murders if she is the culprit?  Even though this book is the second in the Millennium series, it is easy to start with this book before reading the first book in the series, The Girl with the Dragon Tattoo.  The final book in the series, The Girl Who Kicked the Hornet’s Nest, will be published later this spring. Sadly, Stieg Larsson died in 2004 while working on his fourth book.  This series will also hit the big screen with the first installment being released in 2010.  This is an exciting book that combines contemporary Scandinavian culture with the elements of a little-known underworld of betrayal, deceit, murder and corruption. 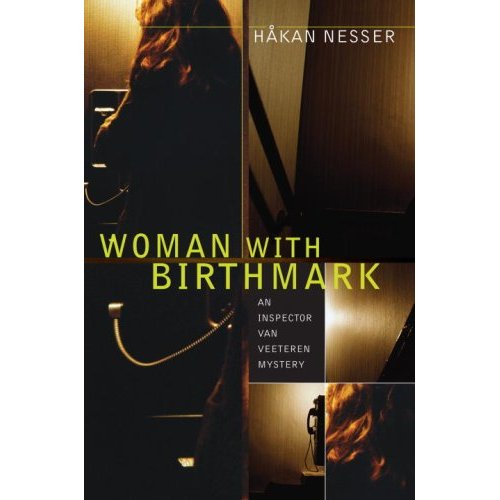 If you liked the Inspector Wallender programs on PBS Masterpiece Mystery (the DVD is coming out next month!) immerse yourself in another Swedish police procedural.

Woman with Birthmark by Hakan Nesser stars an extremely cranky Chief Inspector Van Veeteren. This time he is placed in charge of an investigation into a series of homicides. Men are shot at close range above (and below) the belt. The reader knows who the killer is, but not the motivation. Nesser is a master at creating an atmosphere of tension and subtle dread. The violence and dialogue is never overstated and is all the more effective for that.

Both Henning Mankell (author of the Kurt Wallender mysteries) and Nesser illustrate why the mysteries of Sweden, Iceland, and Norway are so popular right now. 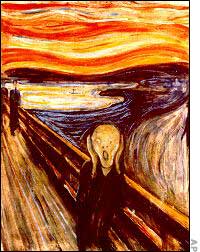 In the last ten years, there has been a renaissance of Swedish, Norwegian, and Icelandic crime writers. The brooding and world-weary Nordic antihero has emerged as a leading trend in mysteries.

The Redbreast by Jo Nesbo

Voted “Best Norwegian Crime Novel of all Time” by Norwegian book clubs, this is a good example of parallel storytelling. Detective Harry Hole is drawn into a case with ties to World War II and Norway’s cooperation with Nazi Germany. Alternating between the Russian front and contemporary Oslo, Hole finds that aging collaborators are being murdered one by one.

Sun and Shadow by Ake Edwardson

Swedish detective Erik Winter likes the finer things in life (he is a sharp dresser with a taste for good jazz and fine food), but pressures of his personal life and work are taking their toll.

The Man Who Smiled by Henning Mankell

This is the fourth in the Inspector Wallander series; Swedish author Mankell was one of the first of the Scandinavian wave of crime writers. In this one, Wallander is ready to quit the force in Ystad when a friend asks him to investigate a death (and is then killed himself).

The Torso by Helene Tursten

Irene Huss is an interesting example of the female side of law enforcement. She is a stressed out cop in Gothenburg, Sweden. Tursten’s strength is depicting the demands of the job and an equally demanding family life

Bad Behavior has blocked 1577 access attempts in the last 7 days.