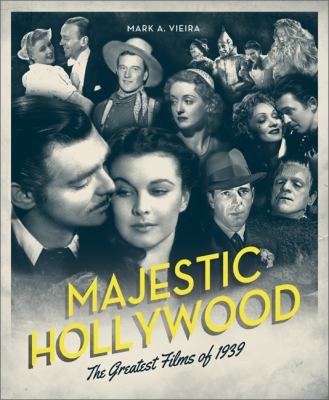 1939 was a watershed year. The Great Depression was barely over; economics, politics, and culture braced for war. There was a lull before the storm and Hollywood, as if expecting to be judged by posterity, produced a portfolio of masterpieces. No year before or since has yielded so many beloved works of cinematic art: The Hunchback of Notre Dame, Gunga Din, Only Angels Have Wings, Destry Rides Again, Beau Geste, Wuthering Heights, The Wizard of Oz, Stagecoach, Ninotchka, Goodbye, Mr. Chips, Dark Victory, Mr. Smith Goes to Washington, The Women, and of course, Gone With the Wind.

Majestic Hollywood showcases fifty films from this landmark year, with insightful text on the cultural significance of each movie and entertaining plot descriptions. Also included are stories from the legendary artists who made the films: directors William Wellman and John Ford; cinematographers Arthur Miller and Lee Garmes; actors Judy Garland, Rosalind Russell, Ray Milland, Sir Laurence Olivier, and Olivia de Havilland. This world of entertainment is illustrated by rarely seen images. Made during the most glamorous era in movie history, whether scene stills, behind-the-scenes candids, portraits, or poster art, the photos are as distinctive, evocative, and powerful as the films they were meant to publicize. Presenting the best of these images and the stories behind them, this book is a cavalcade of unforgettable films from 1939: Hollywood’s Greatest Year. (description from publisher) 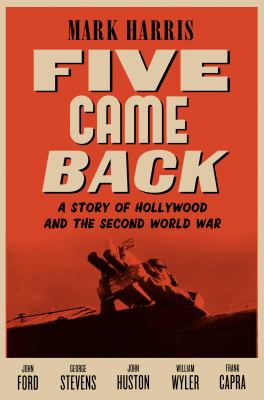 In case it wasn’t already obvious, the librarians who write for this blog LOVE A Song of Ice and Fire. We really can’t seem to stop writing about it. If you do too, these two brand new items are definitely worth a look: 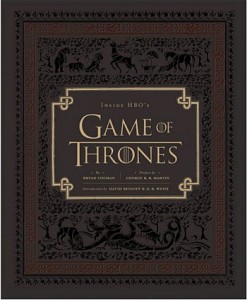 Inside HBO’s Game of Thrones by Bryan Cogman: an in-depth look at the HBO series, with material from both the first and second season. Interviews of the cast, behind the scenes photography, stills from the show, family trees, interviews with production designers and costume designers and conceptual artists: everything you could really want. If you’ve combed the extra material on the DVD sets, most of this isn’t new, but it’s gorgeous anyway.

The Lands of Ice and Fire by George R.R. Martin: This brand new non-book is more than it appears: it’s a set of twelve full-color poster sized maps folded up and packaged in book shape. But when you unfold them, it’s a fantasy reader’s dream! Detailed, beautiful maps with tons of new information: before now, the exact parameters and proportions of Martin’s vast imagined world were not exactly defined. But now, NOW we finally know where the Dothraki sea sits in relation to the Red Waste; where the Shadow Lands and Asshai are; the layout of the canals of Braavos; and oh, behold the new details of the smoking ruins of Valyria!! It’s glorious, but a warning: if you are a show-watcher and not a book-reader, there are spoilers inside!

(And in case you’re just starting out, you can find the novels at many Rivershare libraries.)