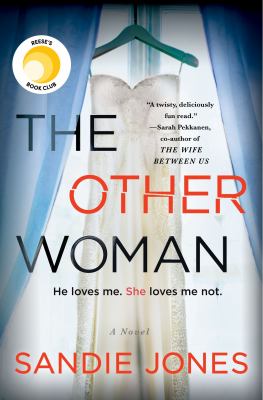 Starting a new relationship means that you are not just in a relationship with your new partner, but that you have to build relationships with their family and friends. Sometimes those relationships are positive, while others start rocky and only get worse. In Sandie Jones’ new novel, The Other Woman, Jones examines the relationships that exist between a woman and the intense bond she shares with the man she loves.

The Other Woman is a twisty thriller that centers around how far someone is willing to go to get what they want. After a bad breakup, Emily has finally met the man of her dreams. Adam is perfect and everything she has ever wanted in a man. Emily thinks that her life couldn’t be any more perfect until she meets Adam’s mom, Pammie. Right from the start, Emily notices the odd and slightly off relationship that Pammie and Adam share. Thinking that Pammie is just overprotective of her son, Emily tries to work things out. Quickly things spiral out of control. Pammie is overbearing, overprotective, and, worst of all, extremely critical of everything Emily wears, says, or does around her. Nothing Emily does could ever be right. No one else notices Pammie’s bizarre behavior though. Mentioning this to Adam only serves to anger him and tarnish his mother’s perfect reputation in his eyes. Emily decides to stay the course.

Adam and Emily’s relationship progresses and flourishes as they begin to make plans to spend the rest of their lives together. Emily and Pammie’s relationship? Still rocky. With each new milestone Emily and Adam reach, Pammie seems to lose control even more. When Emily finally secures a forever relationship with Adam, she quickly learns that Pammie will do anything to keep her and Adam apart. Pammie wants Emily gone forever. Emily wants Adam forever. Those wants are not compatible. These two formidable women face off against each other in a battle of wills that will leave their relationships and lives in tatters.

Bad Behavior has blocked 1750 access attempts in the last 7 days.