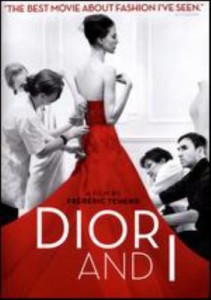 Christian Dior. Chanel. Givenchy. These names are only some of the legendary haute couture houses. Haute couture has a strict definition, but literally means high or elegant sewing. The Paris Chamber of Commerce protects haute couture by law and says that in order to be haute couture, you MUST follow a set of rules, rules that are clearly delineated by the Chambre Syndicale de la Haute Couture, the association that approves you to be haute couture.

In Dior and I, viewers watch as, in 2012, the newly hired Artistic Director for Dior, Raf Simons, is given a short eight weeks to pull together his very first haute couture line. This documentary goes behind the scenes to show all of the intense labor and work that goes into making haute couture and how the introduction of a new Artistic Director, especially one with more of a ready-to-wear fashion background, added another level of difficulty to make sure the fitting for this new line would go smoothly. Dealing with a new Artistic Director who has his own ideas to bring to the table, juggling completing the line in time with the existing clients and their commissions, and working right up until the fitting brings stress and complications to the many pieces of the Dior fashion house that make sure everything runs smoothly.

Dior and I proves to be a stunningly beautiful documentary that provides a look into the history of Christian Dior through readings of his journals and also snapshots and film of the designer at work. This film is as much a homage to the fashion houses of old and the multi-talented seamstresses who have worked for Dior for years and who strive to bring the founder’s image and standards to life through every inch of fabric they touch on a day-to-day basis as it is also a glimpse into the future for the fashions to come. The combination of the classic and the new is a topic that runs throughout this documentary.

Watch along as all of the style elements from fashion to show design come together to introduce Raf Simons as the new Artistic Director of Christian Dior. (Interesting tidbit I found: Simons just announced he is leaving Dior leading to much speculation about why and who will replace him!)

Project Runway is finally back on (although, stilts? really?) and summer is winding down and heading toward fall – it’s the perfect time to take stock of your wardrobe and make some updates. Need some help? Try these for inspiration. 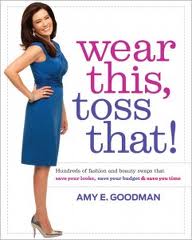 Wear This, Toss That! by Amy Goodman. It’s fun to go through the pictures, comparing the “wear” with the “toss” (and sometimes cringing because you know you have a few “toss” items in your closet right now!) and figuring out why Goodman makes the recommendations she does. It’s a good education on learning how to recognize flattering styles for the average woman. 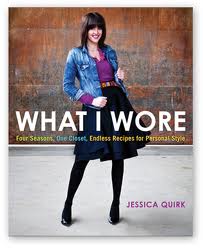 What I Wore by Jessica Quirk. To be honest, I like Jessica’s blog better than her new book, but you’ll still pick up lots of ideas here. I especially appreciate the styling – young and fresh without being out-of-touch or stupidly expensive. In fact, Jessica makes it a point to be able to use her clothes in multiple outfits and frequently gets her clothes from thrift stores and major retailers like Target. Fun and energetic and addictive (and be sure to check out the blog!)

Easy Closets by Joe Provey. Now that you’ve got your wardrobe shaped up, get your closet in prime condition. After all, if you can’t lay your hands on that perfect white blouse, it’s not going to do you much good. Easy Closets has lots of ideas for the perfect arrangement, covering everyone in the family and even the kitchen and garage. Neat and tidy.