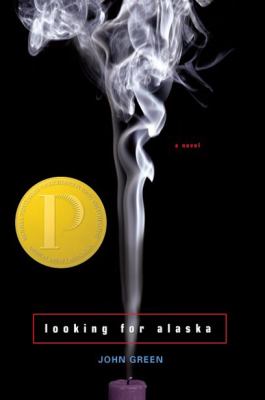 How did your November reading go? Did you find a great book to read or movie to watch?

I struggled a bit this month. “Education” turned out to be a tougher subject to find interesting books than I had expected. That’s not to say there aren’t any books worth reading, just that I had trouble finding one that I wanted to read. I ended up choosing Looking for Alaska by John Green and, what can I say, I had some issues with it.

Looking for Alaska takes place in an exclusive boarding school in Alabama. Miles has never quite fit in at public school back home in Florida (his favorite hobby is collecting the last words of famous people), so he transfers to Culver Creek to seek “the great perhaps”. What he finds there is a collection of eccentric and independent thinkers that push his boundaries and sometimes endanger his life. Alaska Young – brilliant, beautiful, free-spirited, troubled – becomes the center of his world and her moods and flights of fancy dictate how Miles and the circle of friends around Alaska will experience each day. When tragedy strikes the consequences are far reaching and long lasting.

I think I may be too old and too cynical to have really enjoyed this book. It reminds me a bit of the experience of reading Catcher in the Rye; if you read it at the right point in your life, it’s mind blowing. If you read it too late, it seems self-indulgent and shallow. I wouldn’t call Looking for Alaska either self-indulgent or shallow (it deals with serious issues teens face today), but I had a hard time relating to the teens. Of course, I was never part of a “cool crowd” (more the “super-quiet-book-nerd never-do-anything-against-the-rules” crowd!) I found much of their behavior to be dangerous and was disturbed by their disregard for the privileges they had access to. Of course, there were several serious, underlying issues that at least in part explained their behavior but mostly I wanted to shake them and tell them to stop making stupid choices. (It’s tough to get old!!)

The writing, as to be expected from John Green, was beautiful and kept me reading when I might have given up. He can turn a phrase or describe an emotion with such care and skill with no extraneous clutter that it’s breathtaking. I found myself skimming chunks of the book but also repeatedly diving into passages that I would re-read again and again. My recommendation is to go read The Fault in Our Stars, also by John Green, and pass on Looking for Alaska, but your mileage my vary.

What about you? What was your November reading experience like? 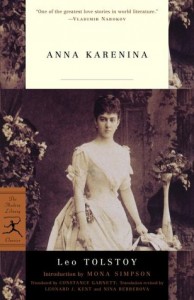 From classic literature to modern popular fiction, some works of phenomenal popularity just don’t resonate with every reader. When I tried to read Anna Karenina, it was a 2004 selection of Oprah’s Book Club. The title enjoyed a surge in popularity as people revisited a classic “considered by some to be the greatest novel ever written…tale of love and adultery set against the backdrop of high society in Moscow and Saint Petersburg” (quoted from the back cover blurb of the Main Library’s copy). I was not impressed. After a justly famous opening line, the book bored me to death and I set it aside after only a couple dozen pages. It was boring, it was stilted, it was old and it was stuffy: above all, it was long! Most editions finish somewhere between 850 and 950 pages. If you are like me, intrigued by the novel but unimpressed by it, you might like to read these novels instead.

What Happened to Anna K. by Irina Reyn: This steamy novel re-imagines the plot of Anna Karenina in modern Queens. Much like Tolstoy’s Anna, the titular Anna K. seeks an escape from her lifeless marriage in a reckless affair with a dashing young author. This brisk, enchanting novel compares favorably to the original at 244 pages.

Dinner With Anna Karenina by Gloria Goldreich: This tender novel of friendship examines the lives of 6 modern women as their book club reads Anna Karenina. As they discuss the classic, they make individual and group journeys toward improving their own lives.

Android Karenina by Ben H. Winters and Leo Tolstoy: In this embroidered version, Winters adds to and alters the original text of Anna Karenina to include cyborgs, space travel, and robots, adding a distinctive and imaginative twist to the story.

If you want to give Anna Karenina a go, place a hold on it at any of the three Davenport libraries. If the going gets tough, online reading guides may help you get more out of the text. 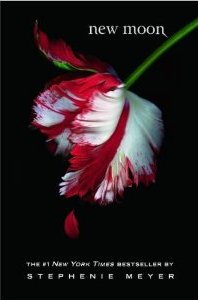 With the movie version of the book Eclipse due to hit theaters any day now, everyone is checking out what came before it to get pumped up for the film’s release.  After the mega-success that was her first book, Twilight, Stephenie Meyer penned its sequel, New Moon.  This book starts off with a bang:  while celebrating her 18th birthday, Bella gets a papercut, and her blood fuels an attack by Jasper.  This attack leads Edward and the rest of the Cullens to decide that it is time for them to leave Forks, and Bella cannot come with.  Bella spirals into a depression, which she is only brought out of through her blossoming friendship with Jacob Black.  Bella once again finds herself caught up in supernatural occurances that she never expected to face, including finding out that her new best friend is a werewolf and racing through an Italian city filled with celebrating vampires.  This book is a good follow-up to Twilight and contains a bit more action, though Edward fans might not enjoy his limited appearances in the novel. 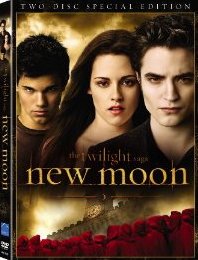 Following the success of the movie version of Twilight, production was immediately started on the next film.  New Moon follows along very closely with the book, including the birthday party, Sam rescuing Bella in the forest, and and the confrontation between Bella and Laurent.  One of the biggest changes from the book is that not only does Bella hear Edward’s voice when she is doing something dangerous (as she does in the book), she also sees him.  This was no doubt done to keep Team Edward fans happy, since his character didn’t really appear in the book much.  The movie includes some very intense fight scenes, especially once Bella, Alice, and Edward reach Volterra.  The special effects have greatly improved over the first movie, likely the result of a higher budget due to the massive success of Twilight.  As in the first movie, some of the dialogue comes across a bit cheesy, but true Twilight Saga fans won’t mind.  Overall, I think that fans of the book, and even those who wish Edward had been featured in it more, would enjoy this movie adaptation.

Though the book and its companions are often found in the Young Adult section of the library, this series is not just for teens.  People of all ages are engaging in heated debates of Team Edward vs. Team Jacob, and they’re all clearly invested in who Bella ends up with at the end of the saga.  This series is guilty pleasure reading at its best, and the movies have so far stuck to what is in the books, making them a lot of fun to watch.