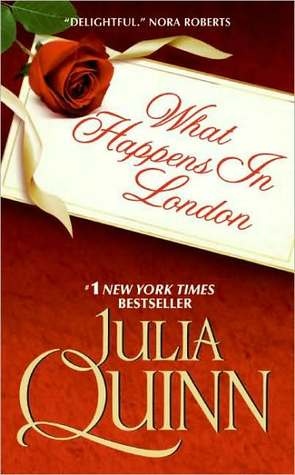 The Good: What Happens in London by Julia Quinn

This is the perfect Regency romance. It’s funny (actually funny, not just peppered with lines that the characters laugh at but the reader never would), heartwarming (but not schlocky), and steamy (but not gratuitous). There’s a fussy, arrogant Russian prince, a heroine who scorns novels and reads every word of the Times, and a dashing hero who wears funny hats. It’s historically accurate (mostly), but it never gets boring by slogging through too much detail. I devoured this in just two very enjoyable sittings. (Available via WILBOR)

The Bad: A Lady Never Lies by Juliana Gray 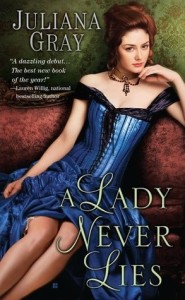 Oh, dear. This is the kind of book that always made me hate romance novels. It’s nonsensical, it’s boring, its characters have no substance, and the romantic moments are gratuitous and badly written. Gray tries to heighten the drama by having everyone be cagey about their pasts/financial situations/parentage but honestly, it goes over like a lead balloon. Three single young women and three single young men accidentally rent the same Tuscan castle for the summer! They decide to keep both leases and stay in separate wings! They make a wager not to interact with one another to prove some bologna 21st-century-argument that the author has needlessly inserted into an allegedly historical novel! I wonder what will happen!!!??? 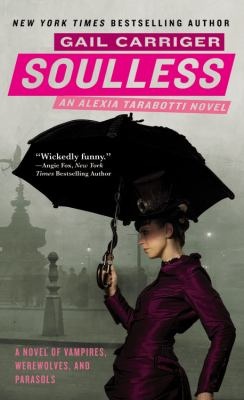 The Awesome: Soulless by Gail Carriger

I never thought I’d like a book about vampires, werewolves, and parasols, but I was deeply mistaken. Soulless is a steampunk novel (steampunk: a sub-genre of SF in which the industrial revolution of Victorian times has gone into hyperdrive, producing steam powered dirigibles and other retro-futuristic contraptions and necessitating a lot of metal eyewear with round lenses). Alexia Tarabotti is half Italian and half an orphan, hardly a favorite in London society, but her appearance and parentage aren’t her only problems: in the middle of a ball, she has just been attacked by a vampire. The encounter breaks all the rules of supernatural etiquette AND destroys her plate of treacle tart! Miss Tarabotti soon finds herself in the thick of a mystery, one with potentially deadly consequences for the supernatural vampires and werewolves she befriends and for herself. Alexia is fierce, fun, and generally unforgettable. The romance is well balanced against the world building and it makes sense for the characters, all of which are interesting, exciting, and well written. Brava, Ms. Carriger! I can’t wait to read the other four books in this series. (Available via WILBOR)

One thought on “Romances: the Good, the Bad, and the AWESOME”