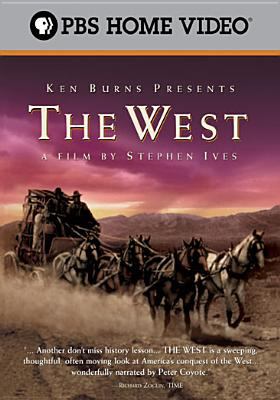 I am working away at reading Stephen Ambrose’s Undaunted Courage which recounts the journey of Lewis and Clark. It has been a bit of a slog so far – interesting but maybe too detailed – but I haven’t gotten to the actual journey yet. Things should pick up then.

If you’re still searching for a book to read be sure to stop by any of the Davenport Library locations and check our displays which have a variety of interesting titles. Or reach for a DVD – we have a wide range to choose from. You can go classic/nostalgic and check out a television Western which used to be so popular – Rawhide, Gunsmoke, Little House on the Prairie, Bonanza or The Virginian. We also have a huge collection of John Wayne and Clint Eastwood westerns.

If you’d like to look beyond the stereotypes, there are some excellent documentaries that are well worth watching. Lewis and Clark: the Journey of the Corps of Discovery and The West, both produced by Ken Burns, are beautifully done.

For a modern, often violent look at the Old West try There Will Be Blood or The Revenant or the remake of True Grit.