How did September go for you? Did you find something fabulous to read that was set in London? There certainly isn’t a lack of great reading material set in the English capital. With so much history and culture and so much influence on the world (an Empire that at one time spanned the globe), the possibilities for excellent reading material are nearly endless. 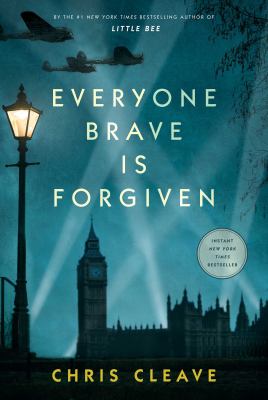 I chose to read a fairly new novel, Everyone Brave is Forgiven by Chris Cleave. Set in London during World War II, it focuses on the home front during the London Blitz and the hardships suffered and bravery shown by those left behind. Typical dry British wit and stiff upper lip attitude contrast with the very real terror and danger of London under siege making for a tense and absorbing read.

When war is declared in 1939, Mary immediately leaves her school in Switzerland and races back to London, convinced that she will miss out on the “action” and volunteers at the War Office. Instead of becoming a spy as she has imagined, she is assigned a position teaching children who have not been evacuated. She is disappointed and frustrated, but then the Blitz begins and she is suddenly in the midst of the “action” and it’s brutality. A growing friendship with her boyfriend’s roommate, who is stationed in Malta, brings the horrors of the front lines to the story and shows that there are many ways to be brave both at home and in the field. A fascinating, bittersweet look at wartime London.

Now it’s your turn – what did you read in September? Let us know in the comments!