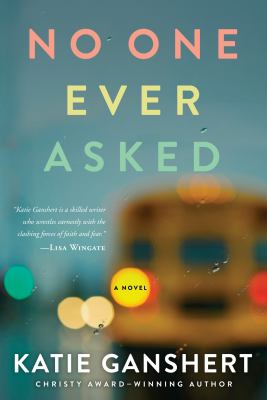 No One Ever Asked by Katie Ganshert tells the story of three women whose families are all affected by the consequences of a local school district that loses its accreditation. The twelve miles that separate South Fork and Crystal Ridge may not seem like a long distance, but the conditions present in each area are drastically different. All three women and their families find themselves clashing with the difference in circumstances those twelve miles have thrust open them. With affluent Crystal Ridge resisting South Fork’s advance on their children’s education and sports prospects, parents in South Fork are fighting for the right to transfer their children to a better and more equal school district that still has its accreditation.

Anaya Jones grew up surrounded by the South Fork community. Her father even taught at the local South Fork school. Fresh out of college and the first college graduate in her family, Anaya wishes to teach at South Fork just like her dad did. She wants to show the families who attend South Fork that there are people who care for them, no matter what the public says about their town. With South Fork’s lose of accreditation for their school district however, Anaya finds herself instead working as the newest teacher at a top elementary school in the nearby affluent community of Crystal Ridge. Anaya is thoroughly unprepared for the tense situation she is walking into, even though her family’s situation has her slightly on edge around Crystal Ridge anyway.

Jen Covington has worked as a nurse her entire life, a career that she hoped would help her when she became a mother. Despite her and her husband’s intense desire to become parents, Jen’s history and physical body have resulted in a long, painful journey with no baby in sight. After realizing they were unable to have a baby of their own, Jen and her husband turned to adoption, hoping that process would be quicker. Adoption, however, took a long time as well, with Jen and her husband learning as much as they can to prepare themselves for their daughter’s arrival. Once their adopted daughter is home, Jen finds herself struggling in her new day-to-day life despite how much she prepared. Add in a move to Crystal Ridge and Jen and her new family soon find themselves dropped right into the Crystal Ridge and South Fork dilemma.

Camille Gray is the quintessential suburban mom. The wife of an executive, mother of three, PTA chairwoman, and master fundraiser for Crystal Ridge’s annual run, everyone assumes that Camille’s life is perfect. She thinks everything is perfect too. Everything changes when she learns that South Fork has lost its accreditation and that there is a possibility that Crystal Ridge could be affected by this. Students may be given the opportunity to transfer to a school decided upon by the administration. Once it is decided that Crystal Ridge will be the transfer school, the already unruly chaos taking over the community is ratcheted up. While Camille struggles to navigate the challenges presented by this school upheaval, her personal life is also undergoing major changes. Her strength is tested as she works to find a new normal for herself and her family.

What I enjoyed about No One Ever Asked is that the author chose to tell this story from three different points of view which really allowed the reader to understand each person’s motivations for their actions. This book will force you to challenge your perception of discrimination and prejudice right alongside each woman as they struggle with what they believe to be true.

Bad Behavior has blocked 1112 access attempts in the last 7 days.