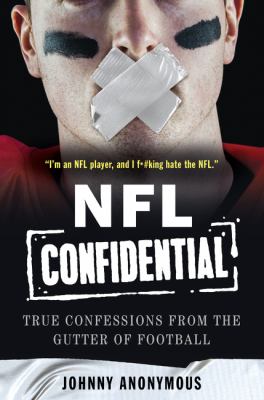 Backup O-line player “Johnny Anonymous” gives us an opportunity to step behind the scenes of the 2014 – 2015 NFL season in NFL Confidential.   He writes in candid detail about the infractions, machinations, and politics of the League.

My personal favorite was how teams habitually pick up older knowledgeable free agents on short notice from their rivals.  They’ll make them ride the pine on the active roster the rest of the season just to poach the entire defensive scheme for that one game.

Enjoy tedious appearances of the F word, which some consider gritty realism.  On the whole, Johnny is a nice guy and this book will give you a great place to focus your attention in this downtime between the Superbowl and the Draft.

Bad Behavior has blocked 838 access attempts in the last 7 days.