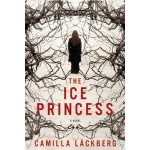 If you have already read Steig Larsson’s Millenium Trilogy (The Girl with the Dragon Tattoo, The Girl who Played with Fire and The Girl who Kicked the Hornet’s Nest) and want to try a different type of Swedish crime fiction, I would highly recommend Camilla Läckberg’s first novel, The Ice Princess, set in the picturesque town of Fjällbacka, Sweden.

The Ice Princess centers around writer Erica Falck who returns to her hometown after the death of her parents in a car accident.  Shortly after she arrives from Stockholm she happens to discover her childhood friend, Alexandra, who has died of an apparent suicide.  Grieving for their daughter, Alexandra’s parents ask Erica to write an article about Alexandra for the local paper.  While researching Alexandra’s death Erica runs into an old friend, Patrick, who is a police officer in town.  The two discover many secrets about Fjällbacka’s most prominent family whose past is intertwined with the death of Alexandra and eventually learn that her death may not have been at her own hand. 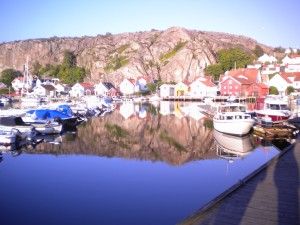 I’ve also included a beautiful photo of Fjällbacka, Sweden which happens to be the hometown of a friend.  She snapped this photograph over the summer (which was taken late in the evening).  Since Läckberg is also a native of this fishing village, she uses authentic street names, landmarks, and other notable and unique features of the village, including Ingrid Bergman Square, named for the Swedish actress who spent a good amount of time in Fjällbacka.