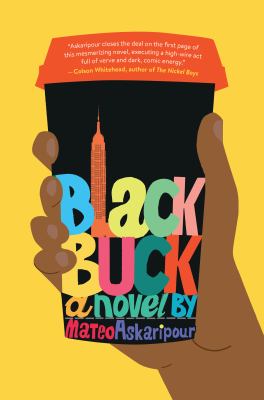 Curious what Black Buck is about? Check out the following description provided by the publisher.

For fans of Sorry to Bother You and The Wolf of Wall Street—a crackling, satirical debut novel about a young man given a shot at stardom as the lone Black salesman at a mysterious, cult-like, and wildly successful startup where nothing is as it seems.

There’s nothing like a Black salesman on a mission.

An unambitious twenty-two-year-old, Darren lives in a Bed-Stuy brownstone with his mother, who wants nothing more than to see him live up to his potential as the valedictorian of Bronx Science. But Darren is content working at Starbucks in the lobby of a Midtown office building, hanging out with his girlfriend, Soraya, and eating his mother’s home-cooked meals. All that changes when a chance encounter with Rhett Daniels, the silver-tongued CEO of Sumwun, NYC’s hottest tech startup, results in an exclusive invitation for Darren to join an elite sales team on the thirty-sixth floor.

After enduring a “hell week” of training, Darren, the only Black person in the company, reimagines himself as “Buck,” a ruthless salesman unrecognizable to his friends and family. But when things turn tragic at home and Buck feels he’s hit rock bottom, he begins to hatch a plan to help young people of color infiltrate America’s sales force, setting off a chain of events that forever changes the game.

Black Buck is a hilarious, razor-sharp skewering of America’s workforce; it is a propulsive, crackling debut that explores ambition and race, and makes way for a necessary new vision of the American dream. 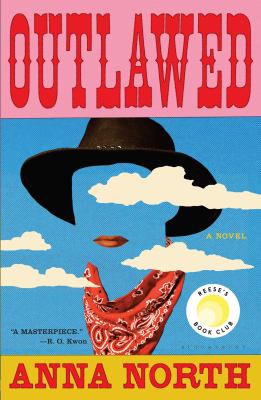 Reese Witherspoon has selected Outlawed by Anna North as the January pick for her book club.

Curious what Outlawed is about? Check out the following description provided by the publisher.

The Crucible meets True Grit in this riveting adventure story of a fugitive girl, a mysterious gang of robbers, and their dangerous mission to transform the Wild West.

The day of her wedding, 17 year old Ada’s life looks good; she loves her husband, and she loves working as an apprentice to her mother, a respected midwife. But after a year of marriage and no pregnancy, in a town where barren women are routinely hanged as witches, her survival depends on leaving behind everything she knows.

She joins up with the notorious Hole in the Wall Gang, a band of outlaws led by a preacher-turned-robber known to all as the Kid. Charismatic, grandiose, and mercurial, the Kid is determined to create a safe haven for outcast women. But to make this dream a reality, the Gang hatches a treacherous plan that may get them all killed. And Ada must decide whether she’s willing to risk her life for the possibility of a new kind of future for them all.

Featuring an irresistibly no-nonsense, courageous, and determined heroine, Outlawed dusts off the myth of the old West and reignites the glimmering promise of the frontier with an entirely new set of feminist stakes. Anna North has crafted a pulse-racing, page-turning saga about the search for hope in the wake of death, and for truth in a climate of small-mindedness and fear.

Want to make sure Reese’s picks are automatically put on hold for you? Be sure to join our Best Sellers Club.