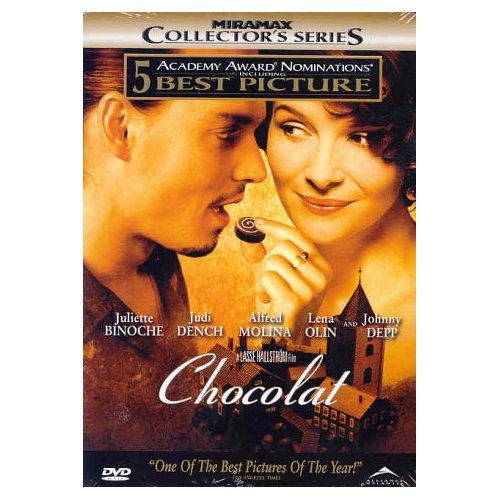 And you may be wondering how to commemorate this joyeux July 14th.  As all foodies know, no one takes more delight in their cuisine than the French. Why not check out Joanne Harris’ Chocolat? (in book or dvd format), a fable about the magical quality of chocolate. The film version is a sensual celebration of all forms of chocolate (and Johnny Depp).

A paperback copy of A Year in Provence by Peter Mayle was my constant companion on a trip through the Northeast, and became a scrapbook of sorts (stuffed with pamphlets, snack wrapper bookmarks and smeared with chocolate ice cream eaten in downtown Bar Harbor). Mayle loves his food so much, it’s impossible to feel guilty if you eat while reading his book.  The deep and abiding love of food and drink formed a bond with his Provencal neighbors – though their actions were often perplexing to him.

From Paris to the Moon is a more cerebral collection of essays, about a year in which Adam Gopnik moves from New York to Paris to immerse his family in the French language and way of life. He dissects cafe culture and the “crisis in French cuisine,” among many other things; what could be dry is instead a personal and fascinating insider’s view of an American in Paris.