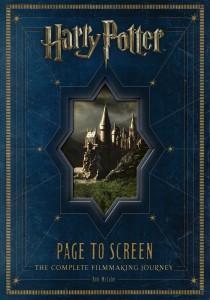 If you adore Harry Potter, do yourself a favor and check out Harry Potter: Page to Screen, the Complete Filmmaking Journey. It’s a big, heavy, hardcover behemoth absolutely stuffed with photographs and text from all 8 Harry Potter films. Interviews with the cast and crew give insider information, and viewpoints from the set designers, costume designers, directors and actors show how meticulously the details of these movies were planned. From the small things – Hermione doesn’t wear red or green, as “those are Ron colors,” the story behind Harry’s blue eyes (a controversial change from the books’ oft-referenced bottle green), and the talon design of Bellatrix’s wand – to the big things: hours of makeup for dozens of actors cast as goblins; the complex design of the set for Snape’s final scene; the massive miniatures built to stand in for Hogwarts castle, and the equally massive undertaking of covering those miniatures with “snow” for the winter scenes (and then meticulously brushing and cleaning that “snow” away before the salt it was made of could corrode the material beneath). 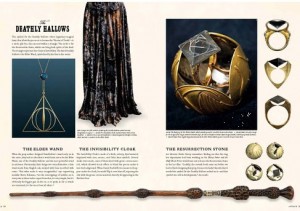 Whether you’re into the boy wizard or just into movie magic, you’ll adore this book. It inspired me to re-read the novels and re-watch the movies, which of course launched a relapse of full-on Potter mania at my house! These are some of the other library items I’ve been checking out:

Bad Behavior has blocked 1333 access attempts in the last 7 days.