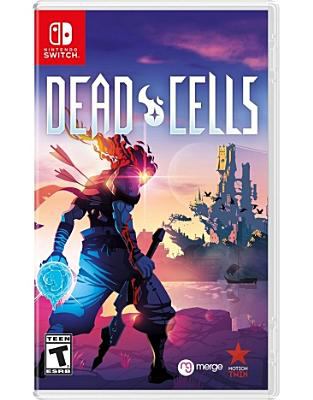 Although I’ve been playing video games for well over two decades, on the historical scale, gaming is a relatively young medium. As such, it’s not surprising that it has undergone many changes – growing pains, one could say – as it struggles to come into its own as an artform. Over the past decade, big budget AAA games have settled into a fairly rigid formula; fortunately, at the same time there has been an indie game renaissance, with brilliantly creative developers putting new spins on classic genres.

Two of the most popular genres in indie gaming today, despite formerly being rather niche, are roguelites and metroidvanias. The primary feature of roguelites is permadeath; when you die, that’s it. While some progress, such as items or skills, might persist between deaths, each run starts over from the beginning, giving you just one life to make it to the final boss. Metroidvanias (a portmanteau of the two franchises that cemented and popularized the genre, Metroid and Castlevania), on the other hand, are (typically 2D) platformers with an emphasis on exploring large, interconnected maps. Usually you acquire power-ups throughout the game, which then allow you to reach previously inaccessible areas.

Dead Cells, one of my most-played games on my Switch, is a hybrid of these two genres: a roguelitevania, if you will. While its genre might be an awkward mouthful, the game itself is a masterclass in elegant simplicity. You play as a headless prisoner brought back to life in a ruined kingdom. Using a combination of two weapons (which you choose from a huge assortment of swords, daggers, hammers, whips, shields, bows, spells, and more) and two skills (chosen from various grenades, traps, and abilities), you fight your way out of the prison, then through different areas of the kingdom. The art style is gorgeous, with each region looking dramatically different with radically varied color palettes, and the animation is tight and fluid, important in a game where twitch combat is of the utmost importance.

The game is hard, and when you inevitably die, you’re brought back to life in the prison to try, try again. Fortunately, as you fight you collect cells, which you can invest in various upgrades that carry over between runs. While the game is never easy, you can at least give yourself progressively more of a fighting chance, so you never feel like you wasted your time when a run is cut short. Even when (if) you finally beat the game, there is a hard mode for even more of a challenge, plus new daily challenges each day, where you play a region with various modifiers, competing with other players for the high score. Dead Cells is hard to master, but even harder to put down.