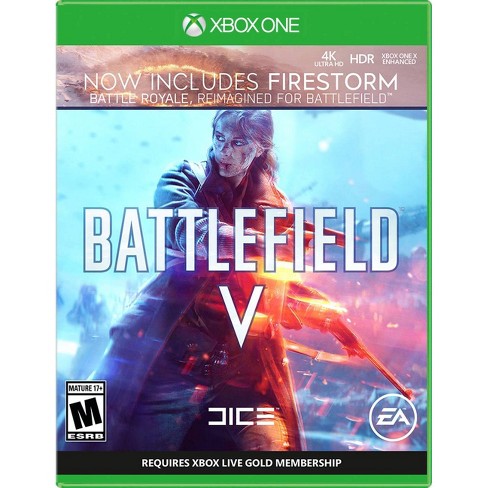 Battlefield V is the newest entry into the Battlefield series. Battlefield is one of the longest-running first-person shooter (FPS) franchises in all of gaming. Don’t let the number next to the title fool you, there are way more than five entries in this franchise dating back to Battlefield 1942 back in 2002. Battlefield V returns the franchise to its WWII roots. Continuing on their single player theme from the previous game Battlefield 1 (I told you the numbering of this franchise is weird), the War Stories episodic singeplayer format returns. Multiplayer, as always, is the main focus of this game. Wage massive 64 player battles on land, air and sea across a myriad of landscapes and locales in extremely destructible environments. The final mode is one that was recently added only a few months ago and that is the battle royale mode Firestorm where squads parachute into the map then fight for survival as a ring of fire surrounds and encloses the map.

War Stories is Battlefield’s way of tackling single-player campaigns. These standalone stories send you to different corners of the global conflict and play through a handful of missions from different soldiers perspectives. This serves as a great change of pace from campaigns of old where players were tasked as playing as one man armies who traverse the globe doing anything and everything. With war stories players are treated to far more grounded encounters and far more variety of gameplay and story experiences.

Multiplayer is big, beautiful and deep as always from entries in the Battlefield franchise. Traditional 64 player Conquest is back as well as a continuously updated list of gamemodes that are constantly being added and removed to keep the gameplay experience fresh. From massive open 64 player combat to squad focused close quarters deathmatch, there is going to be a mode that caters to every playstyle. Teamwork and destruction are the name of the game in this FPS.

Firestorm is another fun addition to the Battlefield franchise with DICE’s take on battle royale. Scavenge, destroy, and work together to be the last squad standing at the end of the match. Once you die, you’re out in this free for all gamemode.

Battlefield has a lot to offer FPS fans, especially those that love to play WWII shooters. Fight across the European and Pacific theater in this fun squad-based massive battle shooter.