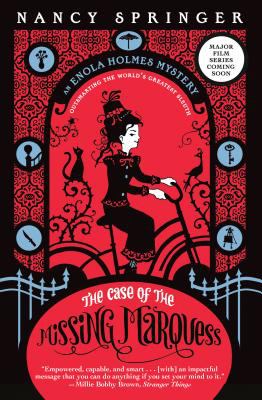 If watching Stranger Things made you a fan of  Millie Bobby Brown, if you love rebellious female heroines, or if you devour all things Sherlock Holmes, then Enola Holmes may be the character for you. A film adaptation centered on Sherlock and Mycroft Holmes’ younger sister is now available on Netflix, so there’s no better time to discover the mystery book series by Nancy Springer. 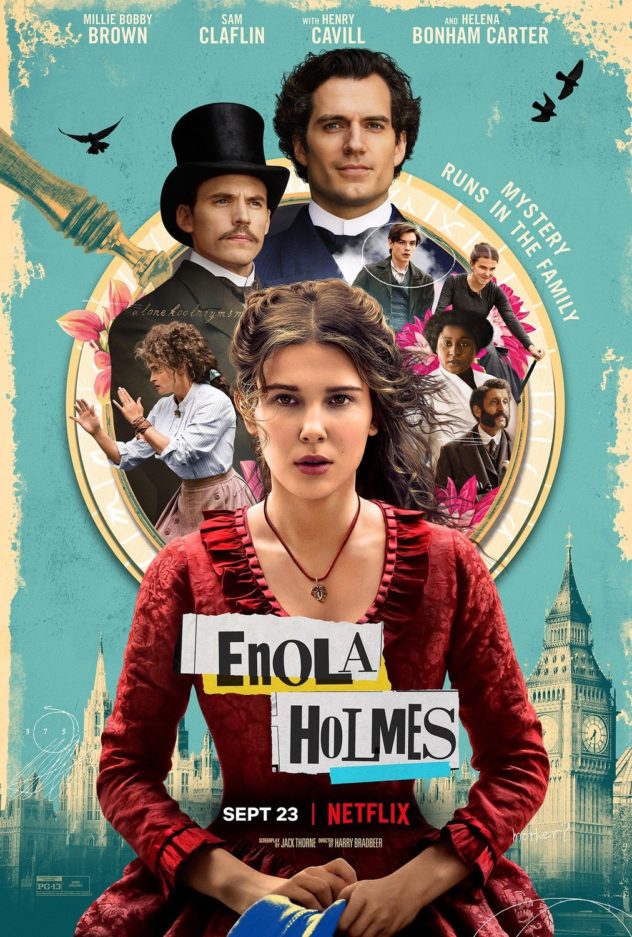 The series is six books in all, starting with The Case of the Missing Marquess, first published in 2006. As in the recent film, the book’s action starts when Enola discovers her mother is missing. It’s up to her to travel to London and find her, while solving a few other mysteries and avoiding her older brothers at the same time.

I am excited about this series and its film adaptation for a number of reasons. Nancy Springer wrote some of my most favorite books when I was younger, full of fascinating, sympathetic characters, plenty of action and humor, and covering a wide range of genres and situations. Secondly, I am a self-confessed Anglophile, and I love the Sherlock Holmes character and universe. Throw in a spunky, clever, determined heroine, and I am 100% on board. The fact that the Enola character is played in the film by Millie Bobby Brown, whom I love in Stranger Things, is just a bonus. If you like mysteries, historical fiction, and comparing books to their film adaptations, I definitely recommend you check out the Enola Holmes series by Nancy Springer.