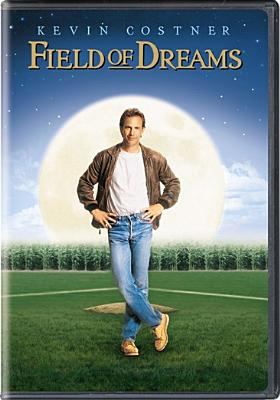 How has your reading been going this month? Have you found a good book to accompany this month’s film, Field of Dreams? With no Major League baseball until (fingers crossed) the end of the month, no minor league baseball and limited high school baseball, it’s been a very quiet season. But things are looking up; the MLB is set to return beginning July 23 and the highly anticipated “Field of Dreams” game in Dyersville is still scheduled to be played on August 13 (now with the Cardinals playing the White Sox). While you wait for this shortened season to begin, fill your time with some reading and some movies. Here are some baseball films to get you started.

A League of Their Own with an All-Star cast that includes Tom Hanks (“there’s no crying in baseball!”), Geena Davis, Madonna, Rosie O’Donnell and many more about an all-women’s league that played during another difficult time in our history, World War II.

Bull Durham. Susan Sarandon and Kevin Costner heat things up in this funny story about a minor league baseball team.

The Natural with Robert Redford, is the story of Roy Hobbs, a baseball phenom that was on the path to stardom until his life takes an unexpected turn.

Moneyball, starring Brad Pitt, is based on the true story of how Bill Beane put together a winning baseball team by drafting players using computer analysis.

Pride of the Yankees with Gary Cooper as Lou Gehrig, one of the greatest baseball players of all time who rose from humble roots and faced a devastating disease with courage and honor.

Bang the Drum Slowly starring Robert De Niro, follows the developing friendship between a charismatic and worldly star pitcher and the simple, unsophisticated catcher who learns he is dying of cancer.