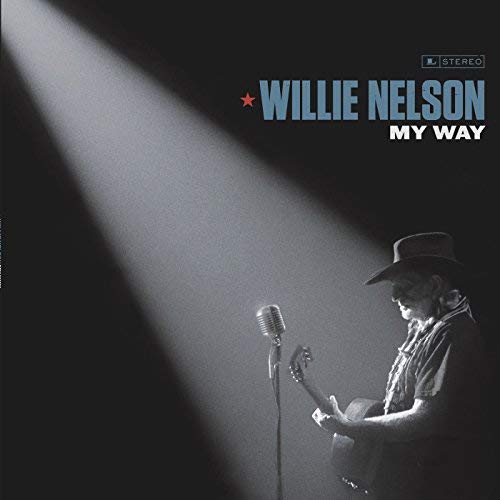 I became a Willie Nelson fan around 2005. This was also about the same time I became enamored with Patsy Cline and Lyle Lovett. Old-style country is one of the many music genres that has my heart. I also like old-school jazz like Ella Fitzgerald and Frank Sinatra so this was a fusion of tunes I was eager to hear.

Nelson and Sinatra were good friends so what better way to honor an old friend’s memory? It’s a bit odd to hear Nelson backed by jazz music but the steel pedal guitar and the harmonica brings the music back home to Nelson’s Texas roots. He interprets the well-known and often covered songs in his one-of-a-kind style, a kind of slow half-speaking, half-singing conversation with the audience.

I was not completely awed by My Way but I really enjoyed “Summer Wind” and I found myself a little misty-eyed with his version of “My Way”, the last track of the album. Sinatra fans and Nelson fans alike should give this release a listen.