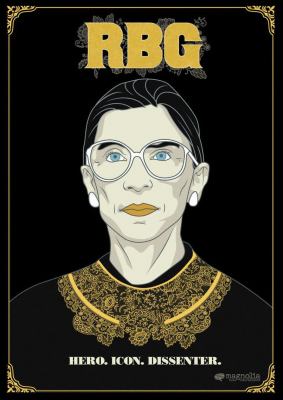 This is the story of Ruth Bader Ginsburg, the second woman to sit on the Supreme Court. But there is so much more to her story, so much of our country’s laws and makeup that she has influenced and shaped. She was and continues to be a believer in what America can be.

RBG looks at the remarkable life and career of this small, shy, seemingly unassuming and withdrawn woman. What lies behind that mild exterior however is a sharp mind, a steely spine and a clear vision. Ruth has faced discrimination her entire life – as one of only nine women in her Harvard Law School class of almost 500 men, she was asked to justify her taking the place of a man, when she became pregnant with her first child she was demoted and at her first job after finishing law school (with high honors), she was told she would make less money because her husband had a well-paying job.

Bit by bit Ruth has fought back, standing firm with her convictions and her knowledge of the law and of the Constitution. She has fought for equality for all people, no matter their race or their gender, striving for “a more perfect Union”, using the law and the Constitution to shape legislation that brings an end to discrimination.

This documentary is excellent, showing Ruth not only as a lawyer who has worked incredibly hard, but as someone who loves the opera, has raised two children and had a loving marriage (her husband died a few years ago). She strives to make friends with those with opposite viewpoints, mostly notably with the late Justice Antonin Scalia. I found my eyes opened at just how much we owe her and her tireless work and enjoyed this glimpse of a remarkable American.

Ruth Bader Ginsburg has become something of a hero lately, where her clear, steady gaze brings hope that change is possible. Watching this documentary shows us why there is hope for all of us.

Bad Behavior has blocked 1752 access attempts in the last 7 days.