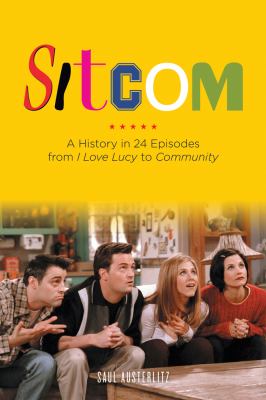 The form is so elemental, so basic, that we have difficulty imagining a time before it existed: a single set, fixed cameras, canned laughter, zany sidekicks, quirky family antics. Obsessively watched and critically ignored, sitcoms were a distraction, a gentle lullaby of a kinder, gentler America–until suddenly the artificial boundary between the world and television entertainment collapsed.

In Sitcom: a History in 24 Episodes we can watch the growth of the sitcom, following the path that leads from Lucy to The Phil Silvers Show; from The Dick Van Dyke Show to The Mary Tyler Moore Show; from M*A*S*H to Taxi; from Cheers to Roseanne; from Seinfeld to Curb Your Enthusiasm; and from The Larry Sanders Show to 30 Rock.

In twenty-four episodes, Sitcom surveys the history of the form, and functions as both a TV mixtape of fondly remembered shows that will guide us to notable series and larger trends, and a carefully curated guided tour through the history of one of our most treasured art forms. (description from publisher)