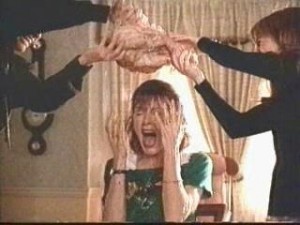 If you’re looking for a little escape from the family togetherness during the next big holiday, try one of these dvds in which  families and friends display a range of dysfunctional behavior during the Thanksgiving season.

Jody Foster directed the surprisingly funny Home for the Holidays. Starring Holly Hunter and Robert Downey, Jr., as her irreverent brother. Hunter plays a single mom who loses her job right before Thanksgiving. This is only the beginning of a very stressful holiday with her eccentric family. 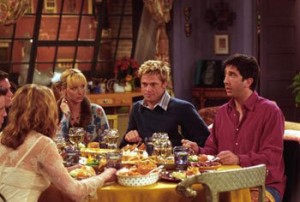 Friends, the Complete Eighth Season had a classic episode with special guest Brad Pitt, (married at the time to Jennifer Aniston). He played Will, a high school classmate of Ross and Rachel’s. Unbeknownst to Rachel, they were both members of the “I Hate Rachel” club. Rachel doesn’t recognize Will because he is much slimmer than he was in high school.  Pitt shows off  excellent comic timing in this show. 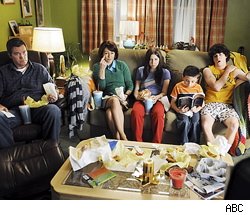 The Thanksgiving episode of The Middle, Season One revolves around Mom Frankie’s doomed effort to force her family to celebrate a traditional dinner, and to accommodate her boss’ demand that she work at the car dealership.  (The Middle refers to the middle class family in the middle of the country).In typical Heck family fashion, they aren’t able to pull this off. If you haven’t seen this series, now is the time to start.

Bad Behavior has blocked 1622 access attempts in the last 7 days.