We came across information that today, December 28th, is National Chocolate Candy Day. We aren’t sure how it started or who started this event, but we thought why not celebrate with advertisements from the past.

This store seemed to have all holiday treats, including chocolate, in stock for Christmas and New Year’s Eve 1857. 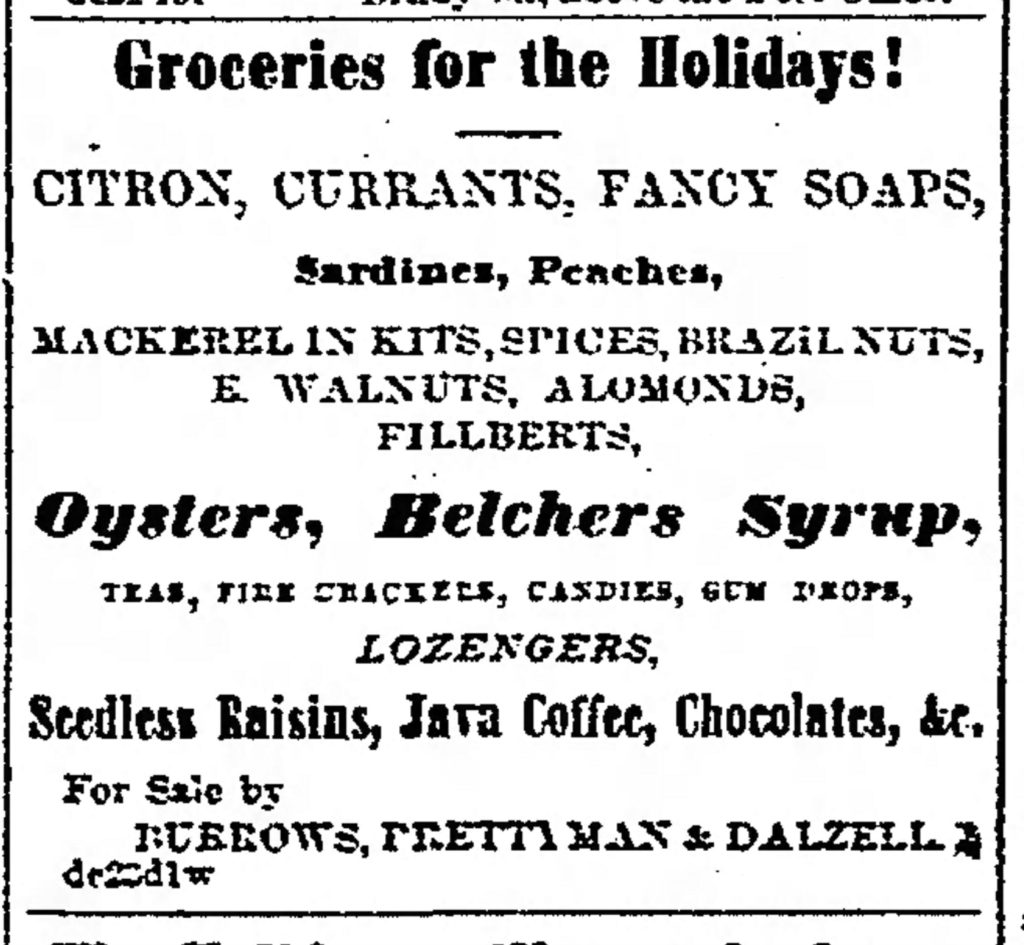 We are not sure how iced chocolate jelly balls were made in 1890. They would probably be refreshing on a warm summer day. Roddewig-Schmidt Cracker Company was formed in Davenport in July 1887. Soon after it began a confectionery branch that evolved into Roddewig-Schmidt Candy Company. The candy company was a leader in locally made chocolates until it closed in 1928.

We thought this advertisement captured the feeling of the holidays. 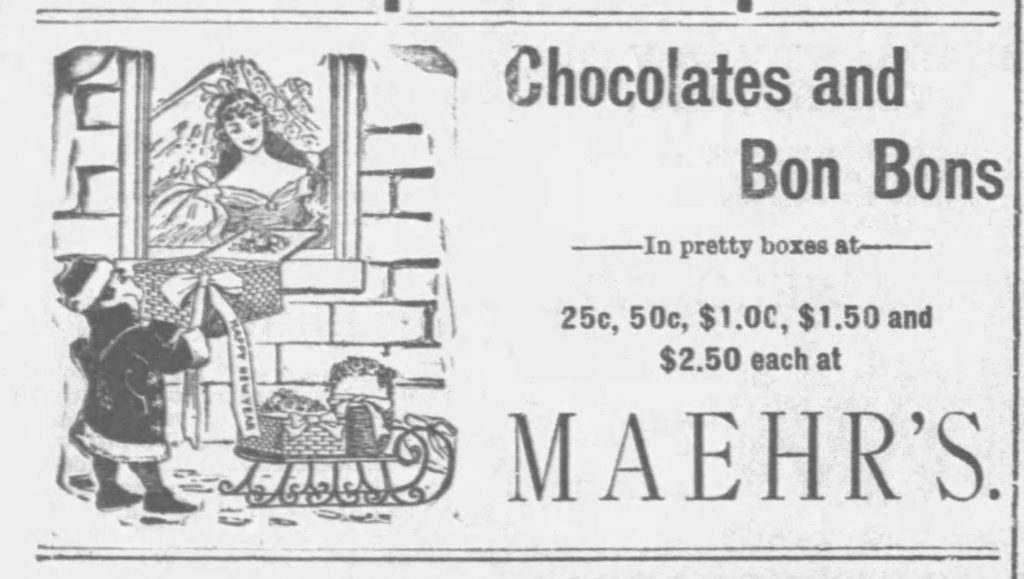 Krell Confectionery was one of the oldest confectionery businesses in Davenport when a fire destroyed the store on Brady Street in May 1921. In September of that year, owner J.W. Krell decided not to reopen the Davenport store; keeping only his Rock Island store in business. 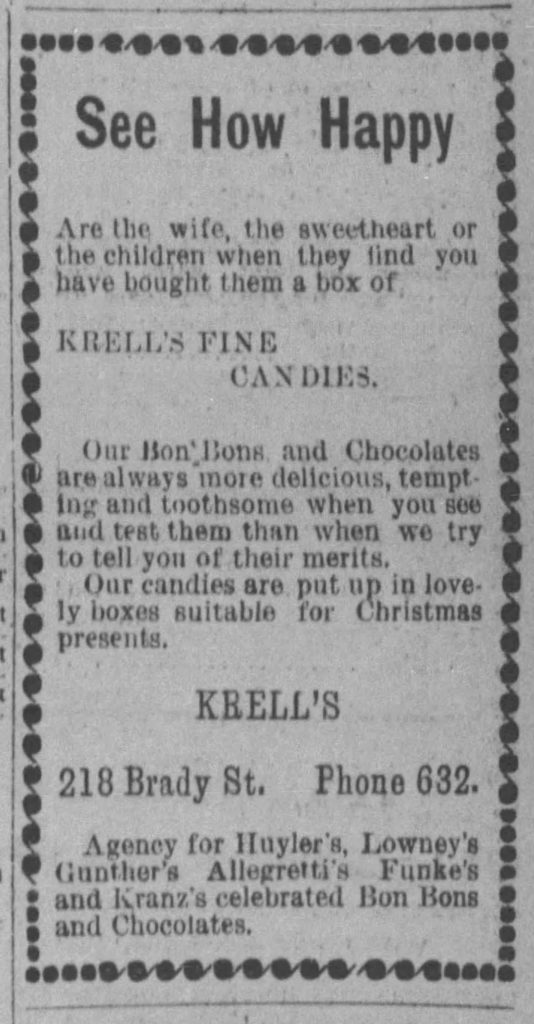 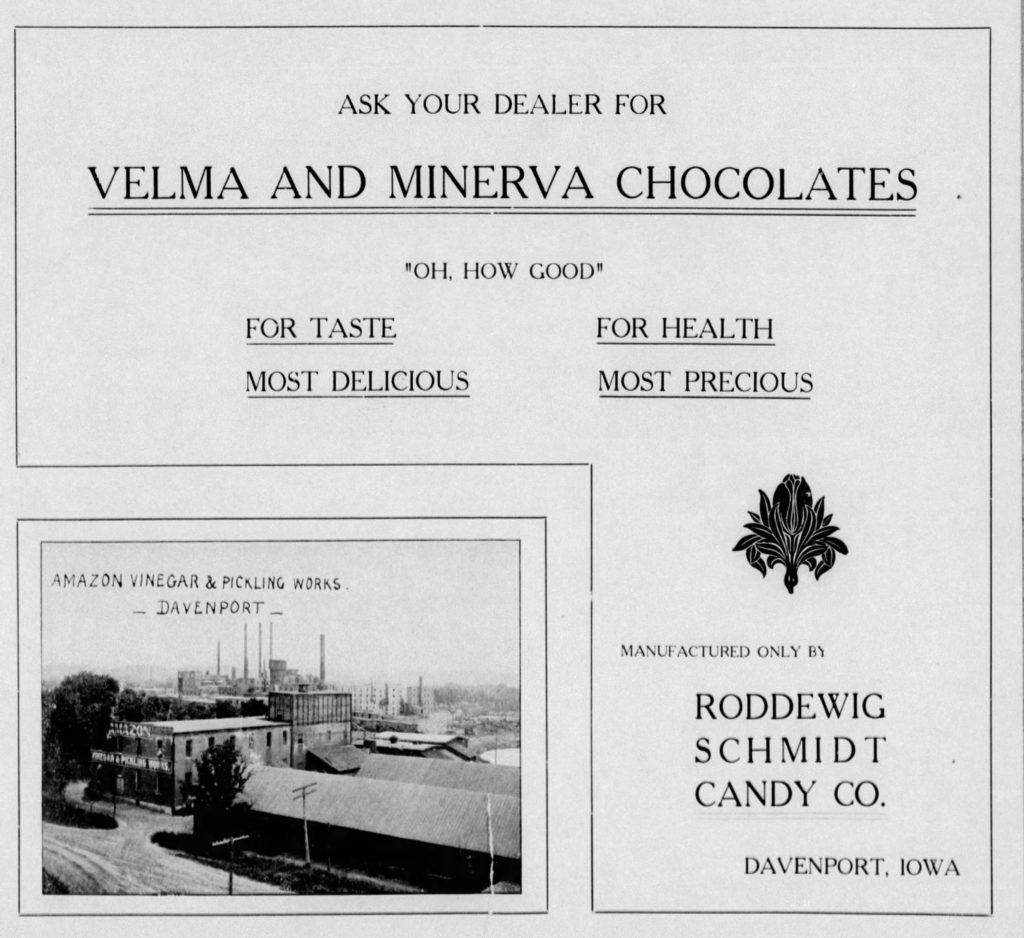 Of course, baker’s cocoa and chocolate were sold for those who desired to make their own candies at home.

Advertisements may change in design, but the message seems to stay the same. 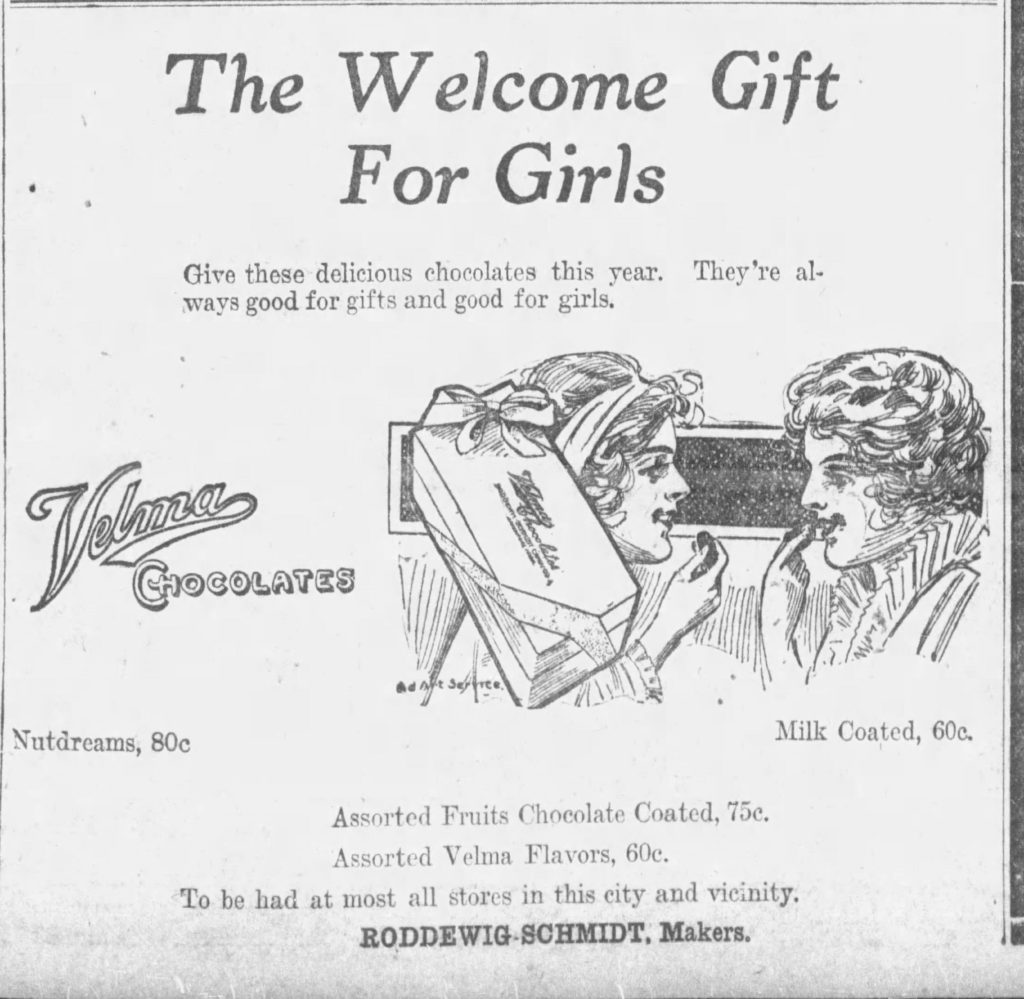 Don’t worry if you indulge a little to much after reading these advertisements. We found out that December 30th is National Bicarbonate of Soda Day!

Wishing you all a Happy New Year.

Bad Behavior has blocked 807 access attempts in the last 7 days.