While researching an upcoming blog, we came upon a reminder of life during World War II in Scott County we wanted to share with you.

The evening of December 14, 1942 was important for people living in the State of Iowa along with North Dakota, South Dakota, Nebraska, Minnesota, Missouri, Wyoming, Colorado, and Kansas (nine states encompassing the Office of Civilian Defense’s Seventh Service Command Area). All persons living in these states were to participate in a 20 minute mandatory test blackout of all lights starting at 10:00 p.m.

Blackout and Air Raid protection fell under the Office of Civilian Defense, an emergency war agency, which was created by Executive Order on May 21, 1941. Locally, the City of Davenport passed Ordinance 7832 on September 2, 1942: 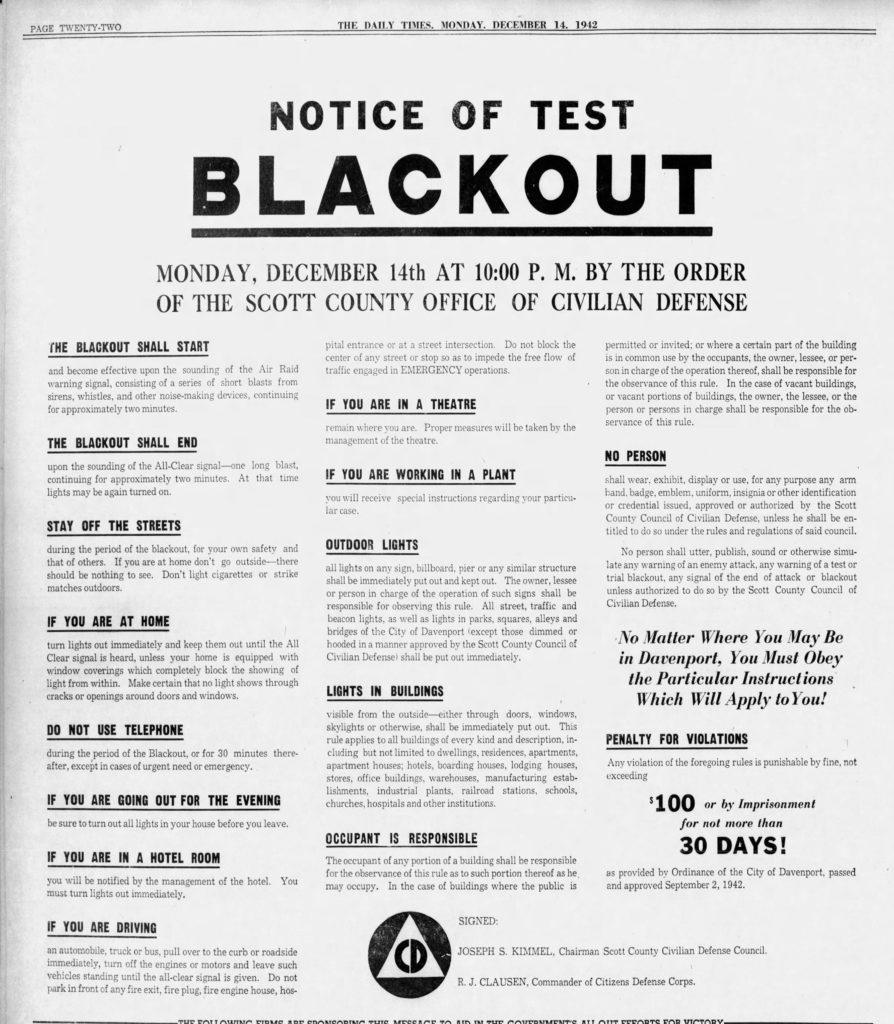 This first blackout was promoted as an official practice. All further test blackouts held would be a surprise to the community.

Newspapers outline what individuals were to do if they were driving or at a place of business instead of home. The War Production board had already asked citizens to not use outdoor Christmas lights to conserve materials and energy so there was no worry about turning off outdoor decorations. 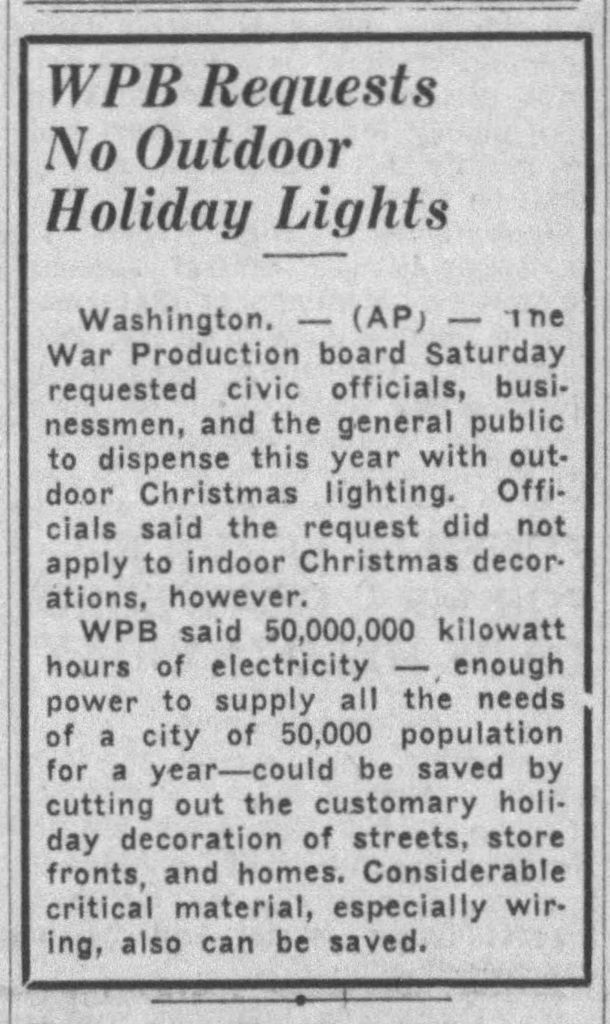 The Davenport Democrat and Leader, November 8, 1942.

Boy Scouts and civilian volunteers practiced and participated in the blackout when the air raid sirens began at 10:00 p.m. Police, fire, and hospital personnel were in place and any non-emergency vehicle pulled to the side of the road and turned off all lights as only emergency vehicles were allowed to drive. Even coasting on designated streets was cancelled by the city that night as it was too dangerous for children to be sledding as cars were driving with no lights.

The next day, newspapers reported the blackout test was a great success. In downtown Davenport the only mishap was an electric sign that had not been turned off when the business closed earlier in the evening. 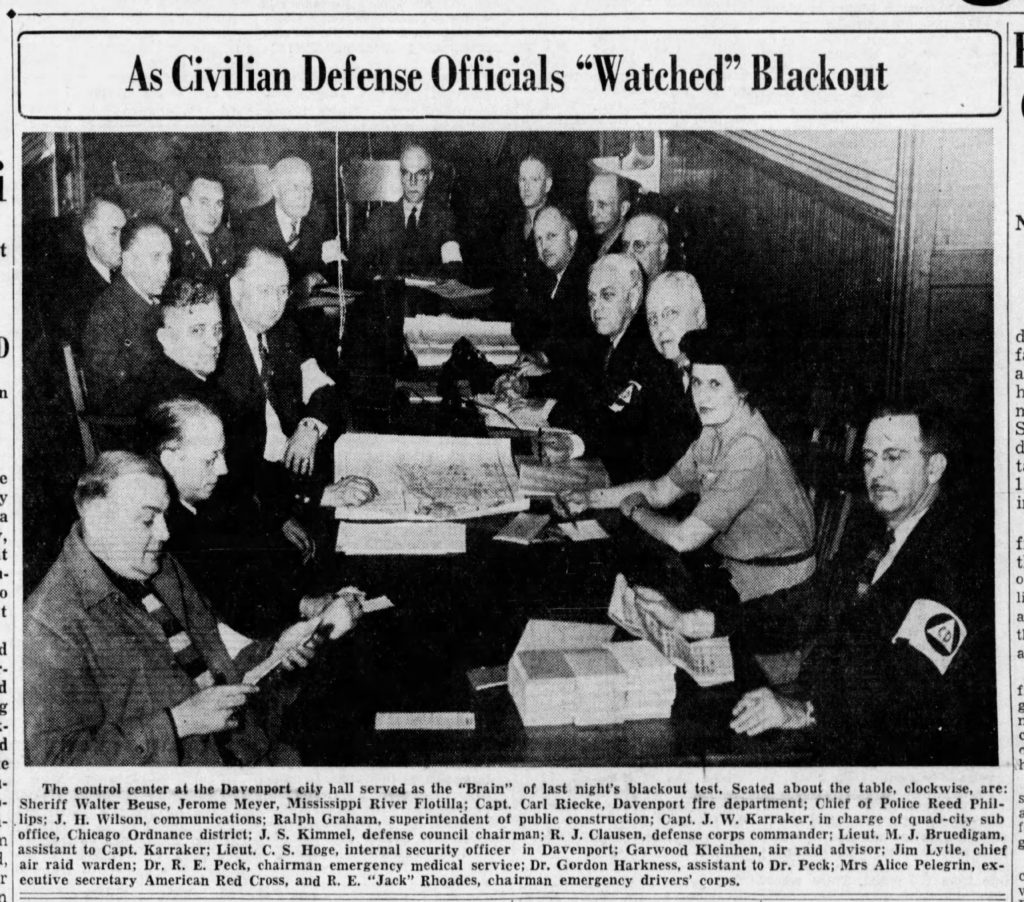 There was one sign of normalcy we noted from the newspapers on December 14th. The Capitol Theater informed local citizens that business for them would go on as usual, but to make sure they prepared their homes for the blackout before coming to the movies. 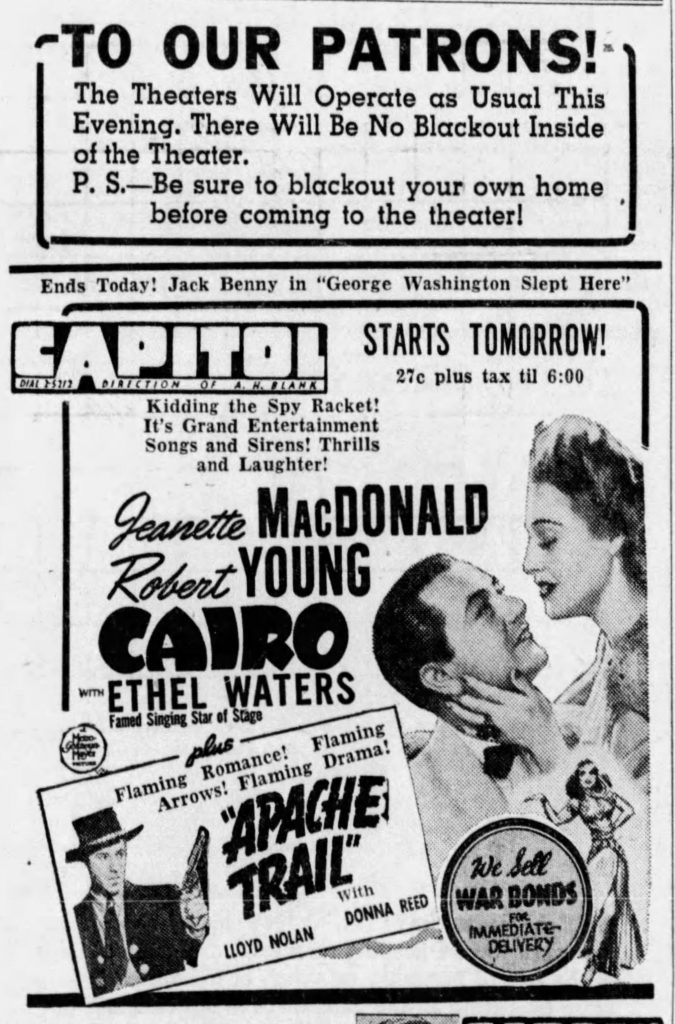