Bix in Context: Jazz Music on the Mississippi

We are getting “jazzed” for this weekend’s 47th annual Bix Beiderbecke Memorial Jazz Festival, or “Bix Fest,” by taking a closer look the local music scene that nurtured Davenport’s world-renowned cornetist.  In the summertime months, the place to be was a floating one: a steamboat on the Mississippi River.

The Streckfus Steamboat Company led the way in the area of excursion boat entertainment in the teens and twenties. Indeed, Captain Joe Streckfus is said to have been rather particular about the musicians he hired to perform.  Cornetist and fellow Rock Islander Tony Catalano passed scrutiny, playing as early as 1913 on the St. Paul: 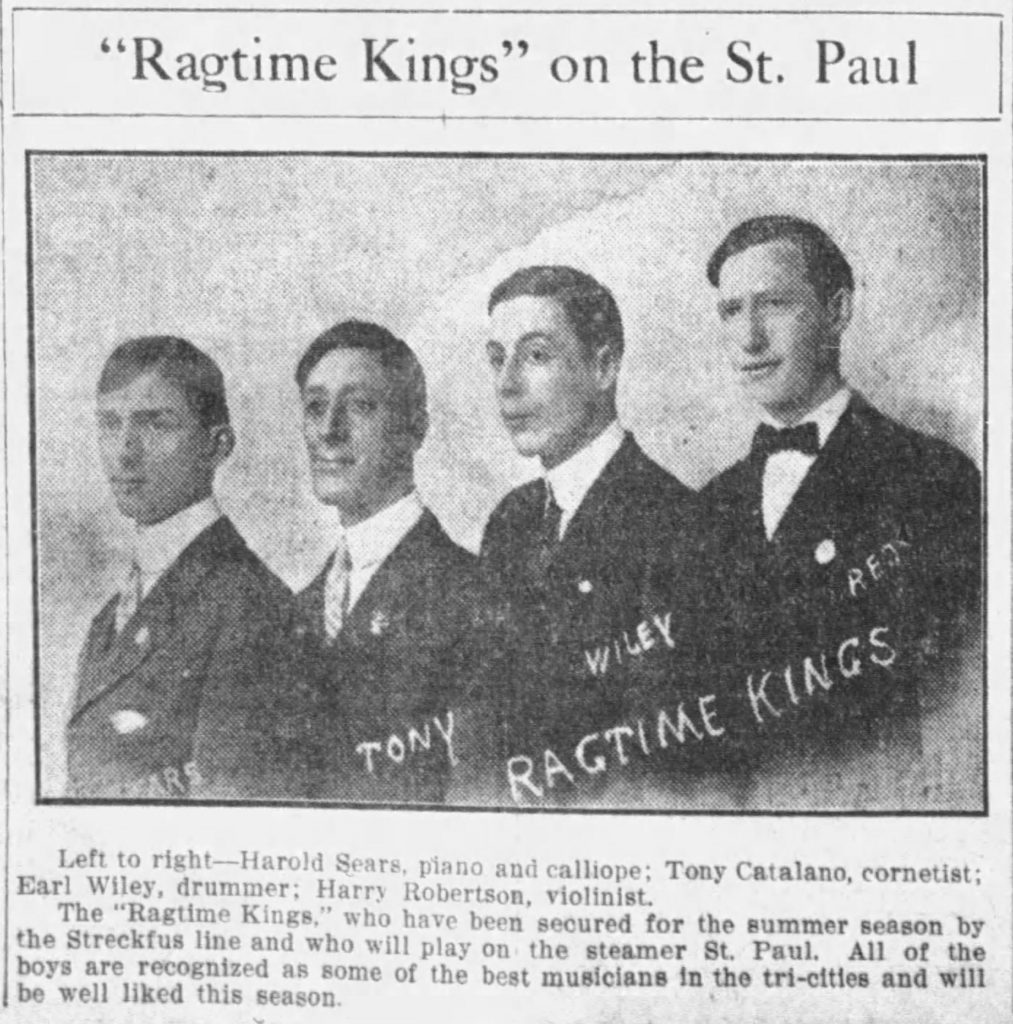 Catalano’s employment with the Streckfus line steadily continued.  In the 1923 season, his band “Tony’s Famous Iowans” performed aboard the Capitol. 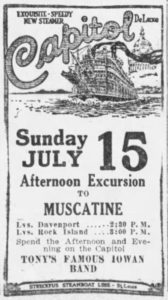 African-American jazz bands from elsewhere along the Mississippi also hired to perform on the Streckfus boats, most famously the ones led by Fate Marable of Paducah, Kentucky. 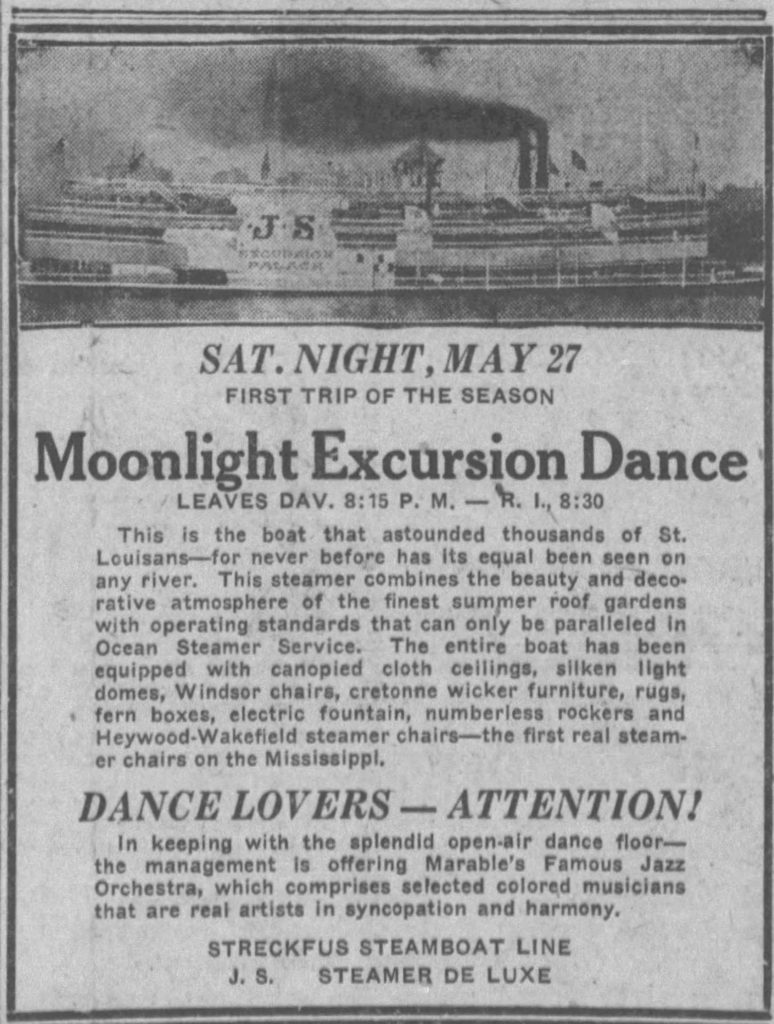 When the riverboats wintered, the white “Tri-Cities” musicians working for dance-band leaders Catalano, Carlisle Evans, and Doc Wixon found work in many local dry-land venues, including the Coliseum, the Danceland Ballroom, and the Turner halls: 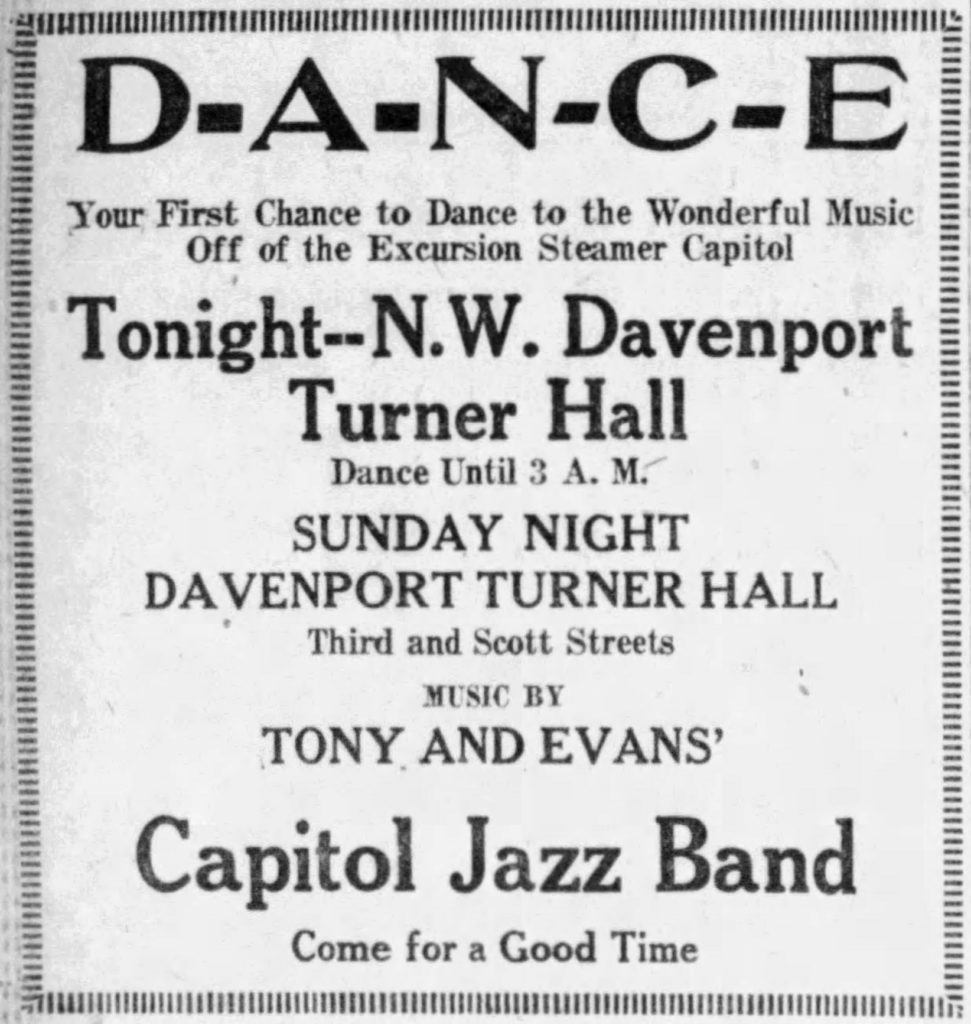 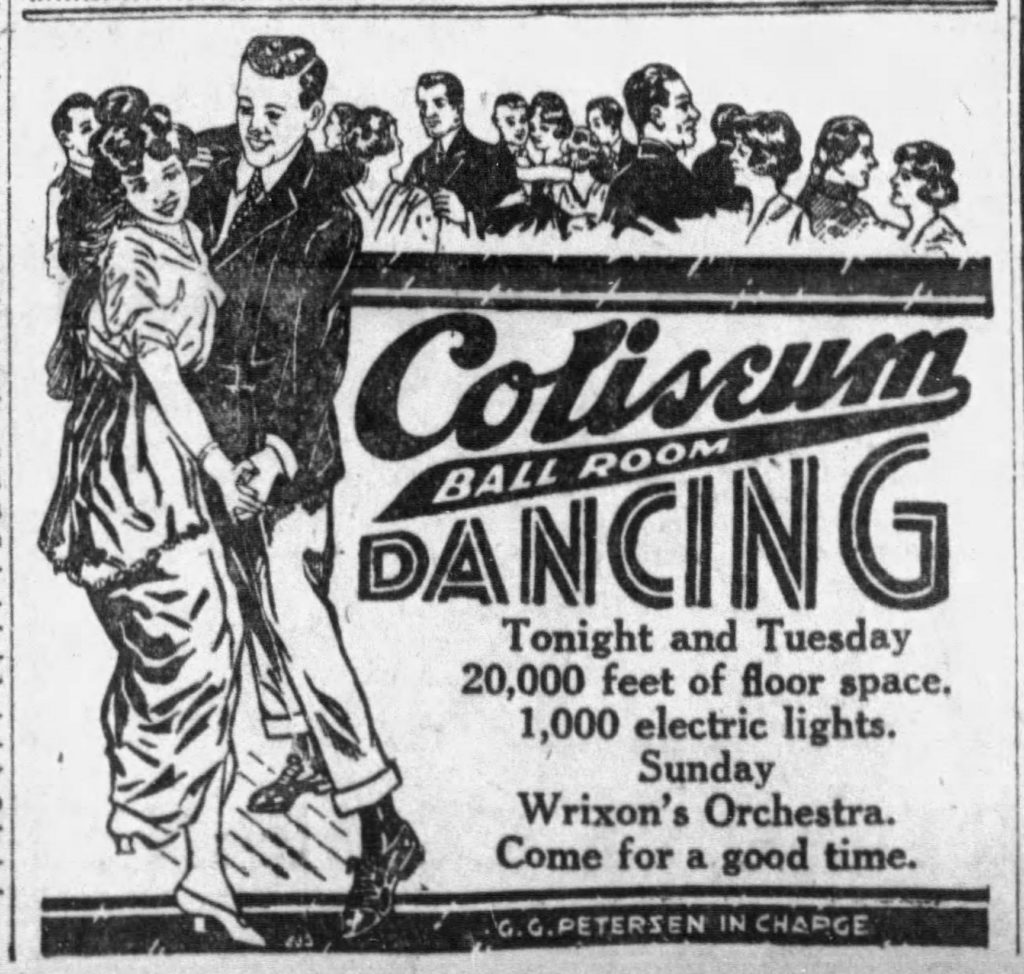 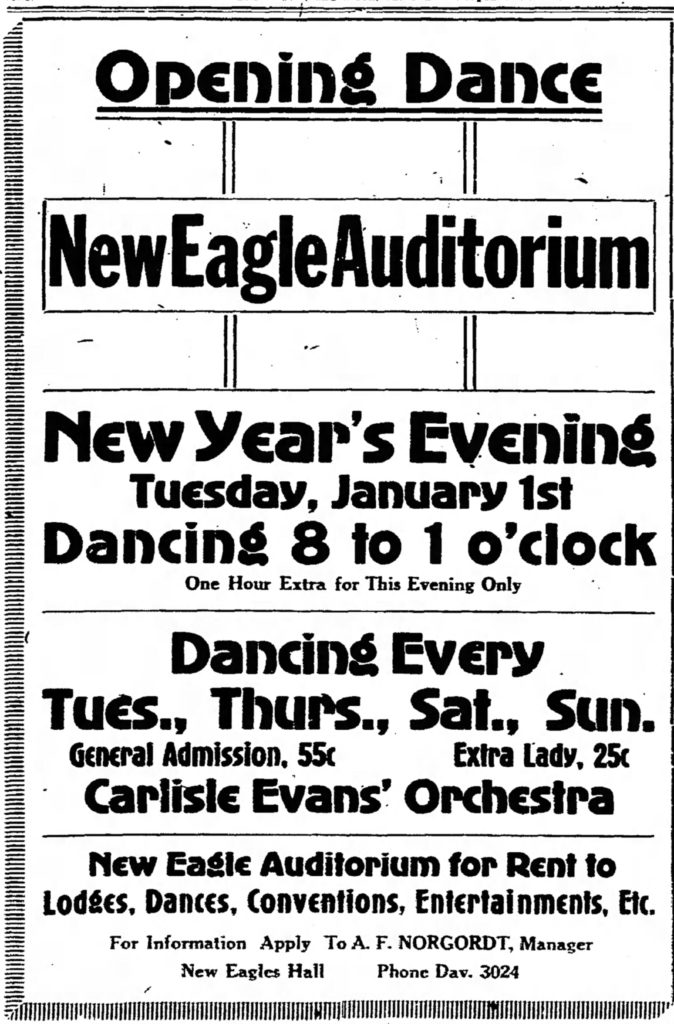 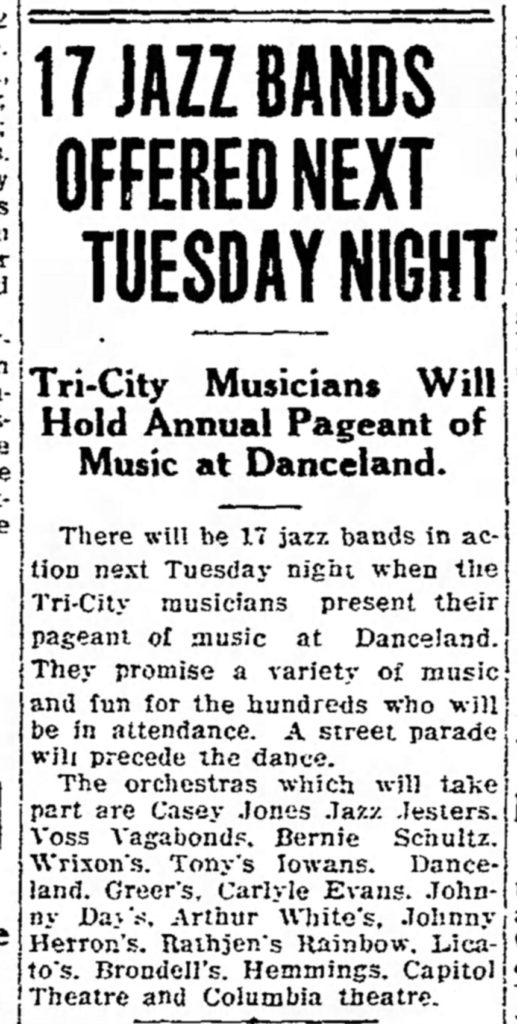 Imagine yourself in this rich musical environment, aboard a Mississippi steamer or twirling in a Tri-Cities dance hall, by browsing our collection of newspapers for advertisements and articles about the artists who shaped the jazz age. And other sources on Bix in context are available here at the Richardson-Sloane Special Collections Center for you to explore!