Advertising in the Great War: Supporting “Meatless” and “Wheatless” Days

One hundred years ago, as December 1917 ebbed into January 1918 the United States had  officially been in the Great War since April 6, 1917.

As the months went on, updated “Home Cards” were sent to those who pledged to join the rationing. These new cards included additional items to conserve for the war effort.

Food companies soon promoted their “meatless” and “wheatless” products. Many of these companies had Domestic Science Departments creating recipes that a housewife could obtain through the mail to support these days. 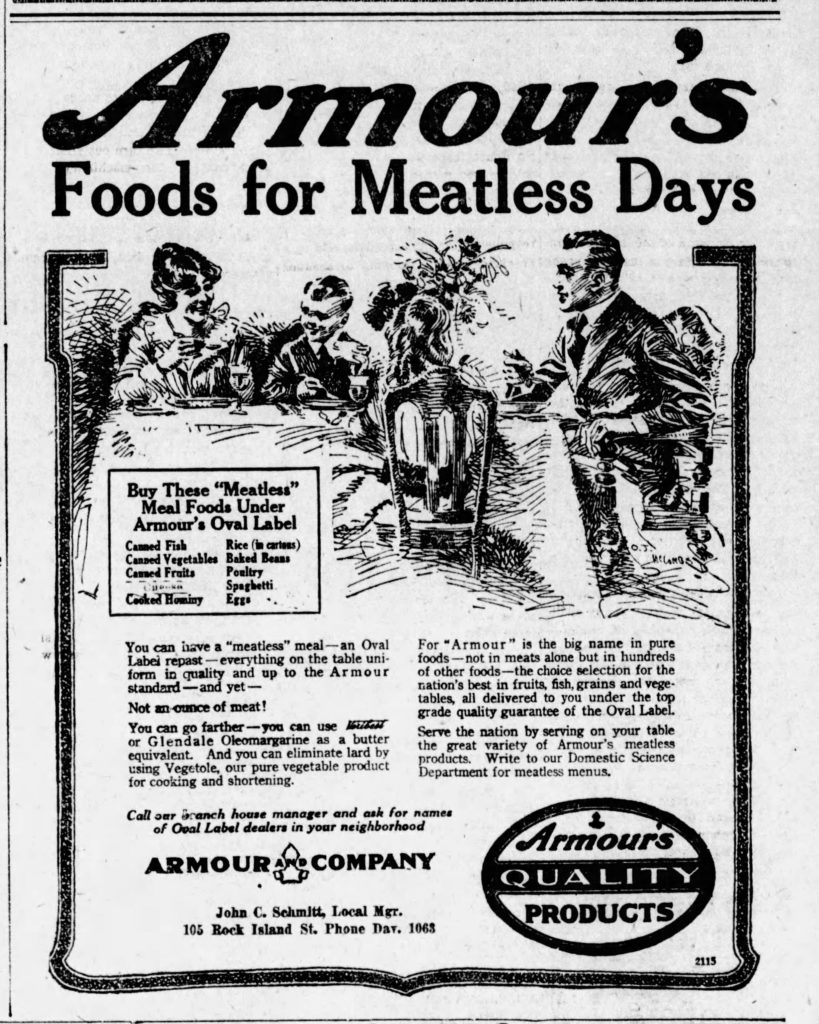 By January 1918, advertising promoting “meatless” and “wheatless” cooking to help the men on the front lines of the war was routine. Restaurants and hotels also promoted their efforts to support the war effort on the home front.

Following are examples from local Davenport newspapers of the time. 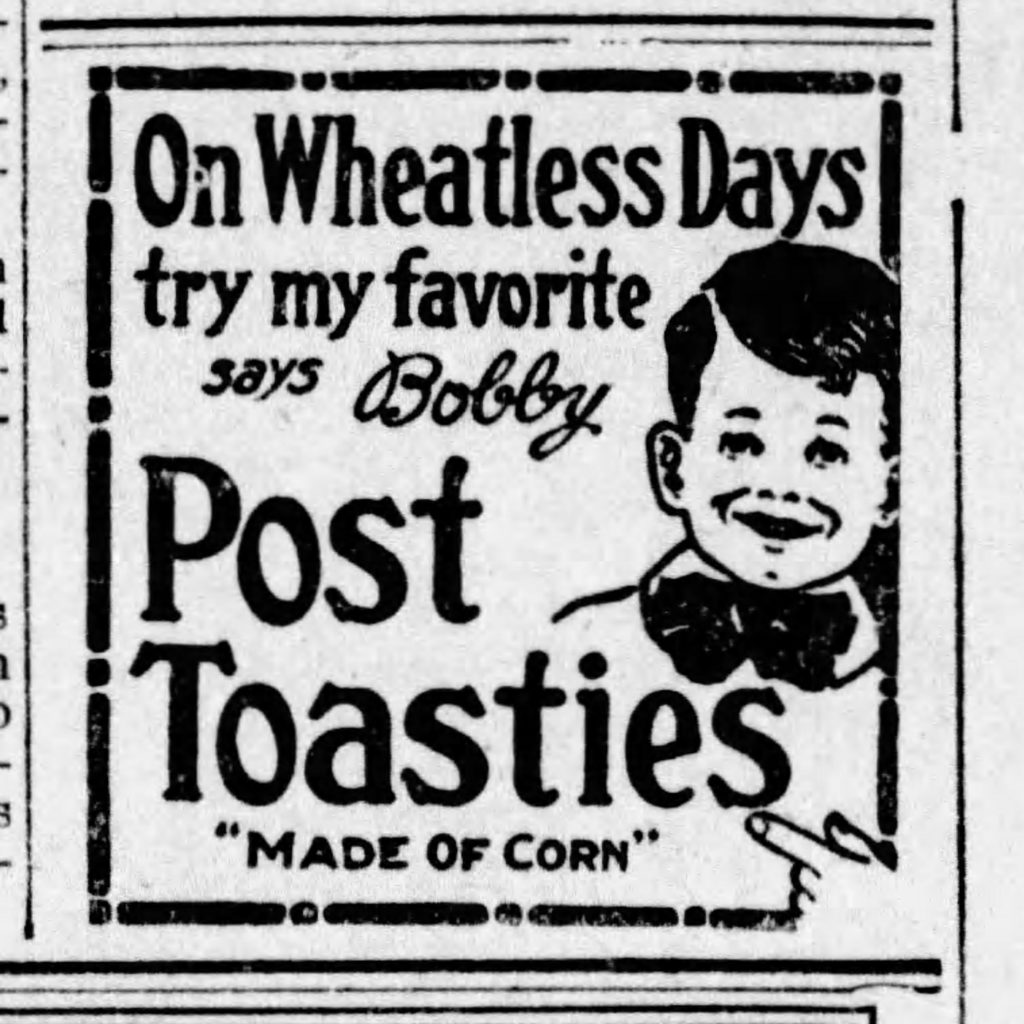 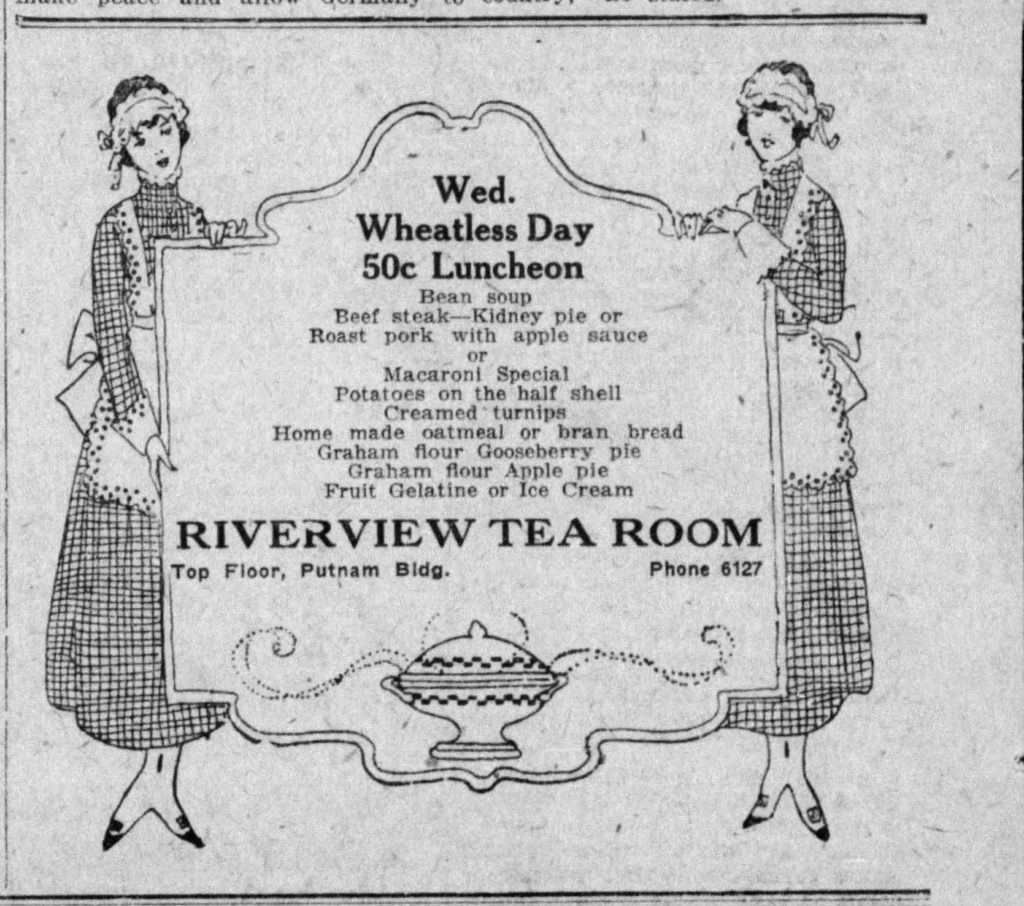 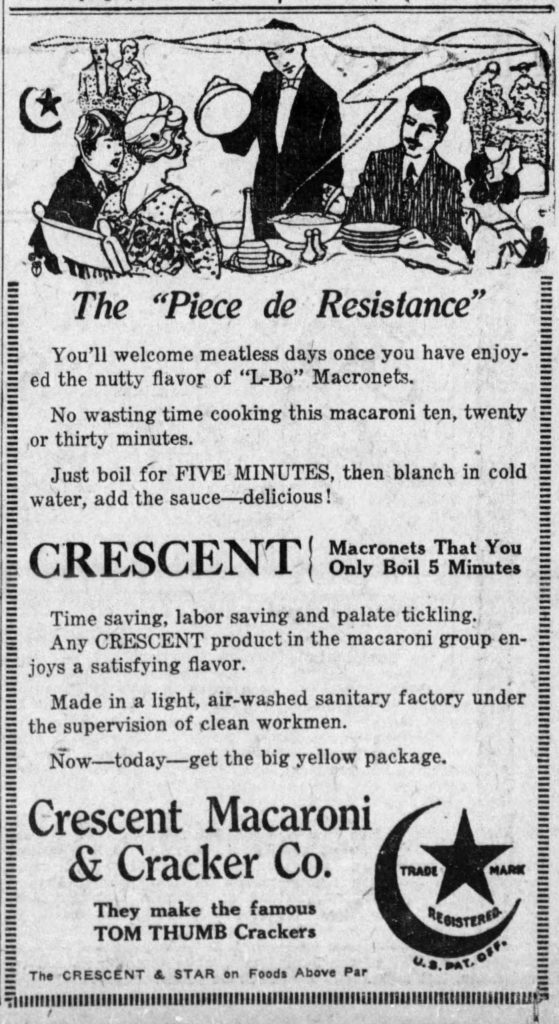 There was one bright spot during the holidays that year.

Christmas Day and New Year’s Day fell on Tuesdays in 1917 and 1918. As turkeys were not part of “meatless” Tuesdays; those who chose to celebrate on those days with a traditional turkey dinner had no worries about depriving soldiers on the front with needed food.

A small moment of festivity during that time of uncertainty.

We wish you all a Happy New Year.

Like Loading...
This entry was posted in Local History and tagged Advertisements, Advertising, Food Rationing, Homefront, World War I, World War One. Bookmark the permalink.