In Her Own Words: Red Cross nurse Grace Van Evera

Grace Van Evera was born January 9, 1877 in Davenport, Iowa to Charles and Henrietta Kepler. The family lived on Utica Ridge Rd. and were prominent residents of the county. 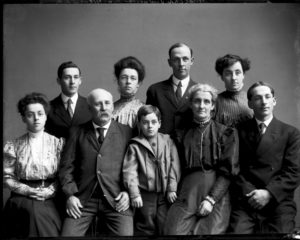 Ms. Van Evera received her education from Davenport High School, the Deaconess Training school in Chicago, and Asbury Hospital in Minneapolis. She worked in Settlements in Chicago and Girardeau, Missouri, and was in charge of the hospital in Brookings, South Dakota. After graduation, she returned home to care for her father, Charles, who had been suffering from heart disease.

Grace Van Evera joined Unit R of the hospital corps out of Fairfield, Iowa as a Red Cross nurse. In January of 1918, she left for New York, where she received training at Ellis Island, before departing to U.S. Army Base Hospital 32 in Contrexeville, France.

Grace wrote letters home to her parents, including one published in the Davenport Democrat and Leader on July 7, 1918. She reassured her parents that the nurses were “comfortable”, had “plenty to eat” and that “Uncle Sam is paying us more than living wages”

Upon her return from France, Grace told her story to numerous groups and organizations, including her Summit Presbyterian church, the Lend-a-Hand club, and the colored league of the Community Service Federation.

After the war, Miss Van Evera joined the staff of Davenport Visiting Nurse Association. She was appointed county nurse in charge of the Scott County Schools in October 1919 and continued until the post was abolished by the County Board of Supervisors in 1930. Her dedication to the health of the children of rural Scott County was recognized by the Iowa State Health Education Secretary in November of 1922. 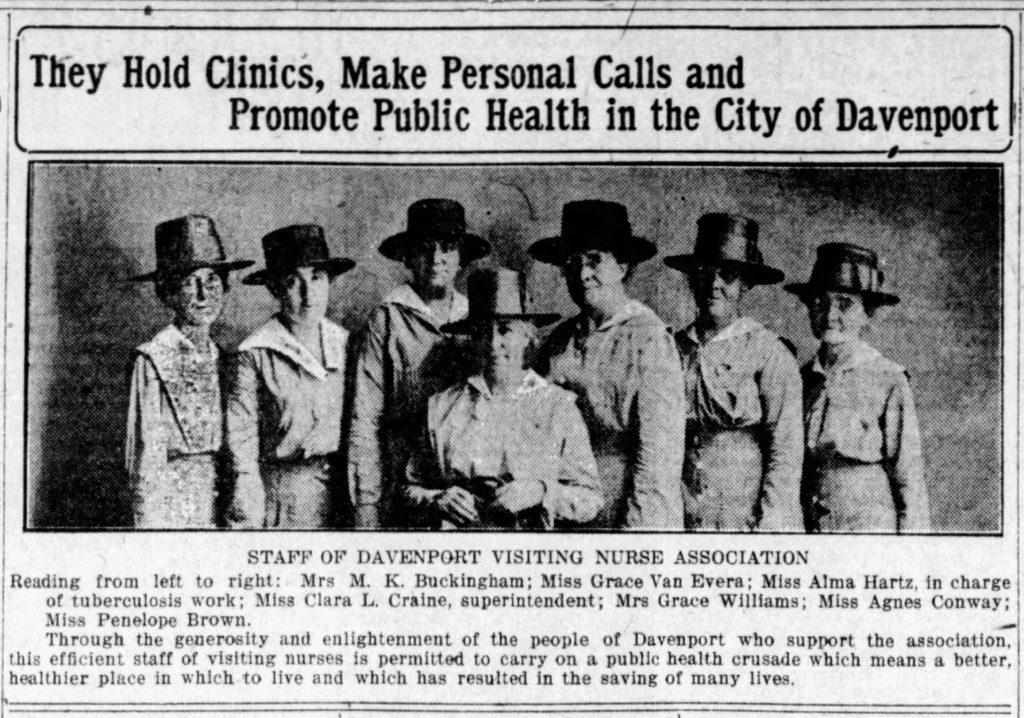 Grace Van Evera died on May 8, 1980 in Davenport and is buried at Summit Cemetery.

The Daily Times. 1919. “They Hold Clinics, Make Personal Calls and Promote Public Health in the City of Davenport.” October 7: 8.

The Davenport Democrat and Leader. 1922. “Central Figure in the County Nurse Row Before Board.” February 20: 13.

The Davenport Democrat and Leader. 1918. “Davenport Nurse Writes of Her Duties Serving in France.” jULY 7: 8.

United State of America, Bureau of the Census. 1900. “Twelfth Census of the United States.” Ancestry.com.

5 Responses to In Her Own Words: Red Cross nurse Grace Van Evera

Bad Behavior has blocked 702 access attempts in the last 7 days.