This week the Davenport architectural firm of Temple & Burrows, active between 1895 and 1949, takes the spotlight.

Local architects Parke T. Burrows and Seth J. Temple designed some of Davenport’s most iconic buildings and residences. The RSSCC preserves over 60 sets of original plans for structures in Davenport, Burlington, and Iowa City, Iowa, as well as those for projects in Illinois. Glass plate negatives, progress photographs, and oversized photographic prints in our image collections also document the firm’s outstanding work. 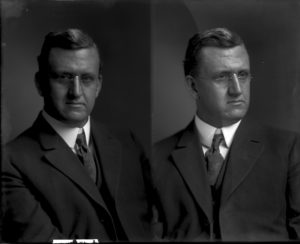 Parke Tunis Burrows (1871-1953) was born in Davenport, Iowa. He received his B.S. from the University of Illinois in 1892, worked for three years in Chicago, then returned to his hometown to partner with Frederick G. Clausen in the Clausen & Burrows architectural firm. From 1910 to 1925, the firm gained and lost partners, and the name morphed from Clausen, Hubbell & Burrows to Temple, Burrows & McLane, ultimately becoming Temple & Burrows.

Seth Justin Temple (1867-1949) was born in Winona, Minnesota. He received his Ph.D. in architecture from Columbia University in 1892 and subsequently began teaching at the Metropolitan Museum of New York. He then studied in Rome and Paris on the Columbia Traveling Fellowship, returning to the U.S. in 1896 to teach at the University of Illinois. He joined the Davenport architectural firm of Temple, Burrows & McLane in 1904, practiced independently after Burrows’ retirement in 1925, and formed Temple & Temple in 1940 with his son Arthur. Seth J. Temple remained active with the firm until his death in 1949.

Architectural drawings for Temple & Burrows projects available in the RSSCC include these elevations of the Outing Club’s Club House (1902) at 2109 Brady Street: 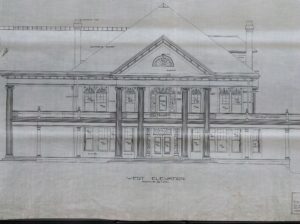 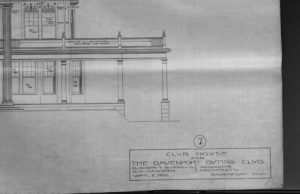 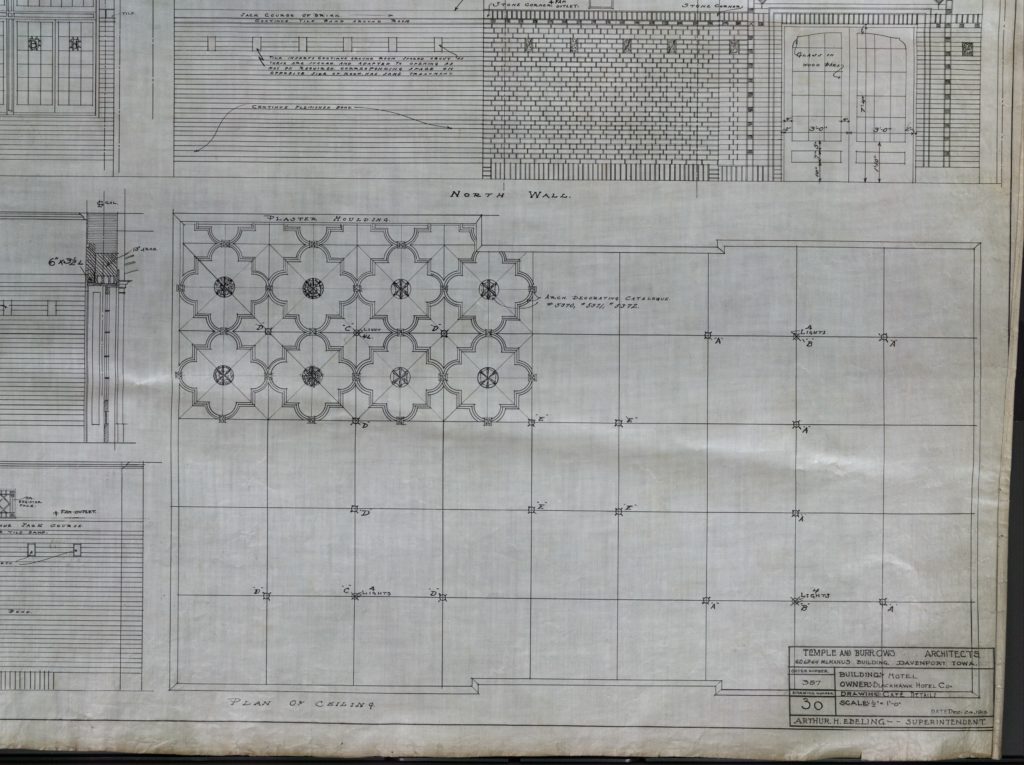 This image depicts the Davenport Commercial Club (now the Executive Square building) at 4th and Main Streets, designed by the firm in 1905: 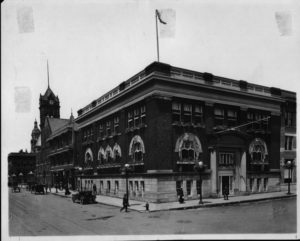 Discover more about the built environment in your community in the Special Collections Center at the Davenport Public Library’s Main Street location!

Bad Behavior has blocked 592 access attempts in the last 7 days.