Celebrate Quad Cities Museum Week (June 18-26th) with us by taking a look at the history of the associations between two of Davenport’s well-loved cultural and educational institutions: the Putnam Museum and Science Center and the Figge Art Museum.

The Davenport Academy of Sciences, predecessor to the Putnam, began December 14, 1867, when four amateur scientists and collectors of area natural history specimens met to discuss how they might advance knowledge in the scientific communities both locally and worldwide. The public’s first view of the Academy’s collections came in 1874, when member Mary Louisa Duncan Putnam arranged for their display in rented rooms in the Odd Fellows building on Brady Street. In honor of her dying son Joseph Duncan’s benefit from (and dedication to) the Academy, Mary worked tirelessly to raise funds for a museum building. (1)

This image from the RSSC Center’s  J. B. Hostetler collection shows the location of the Davenport Academy of Sciences at 700-704 Brady Street: 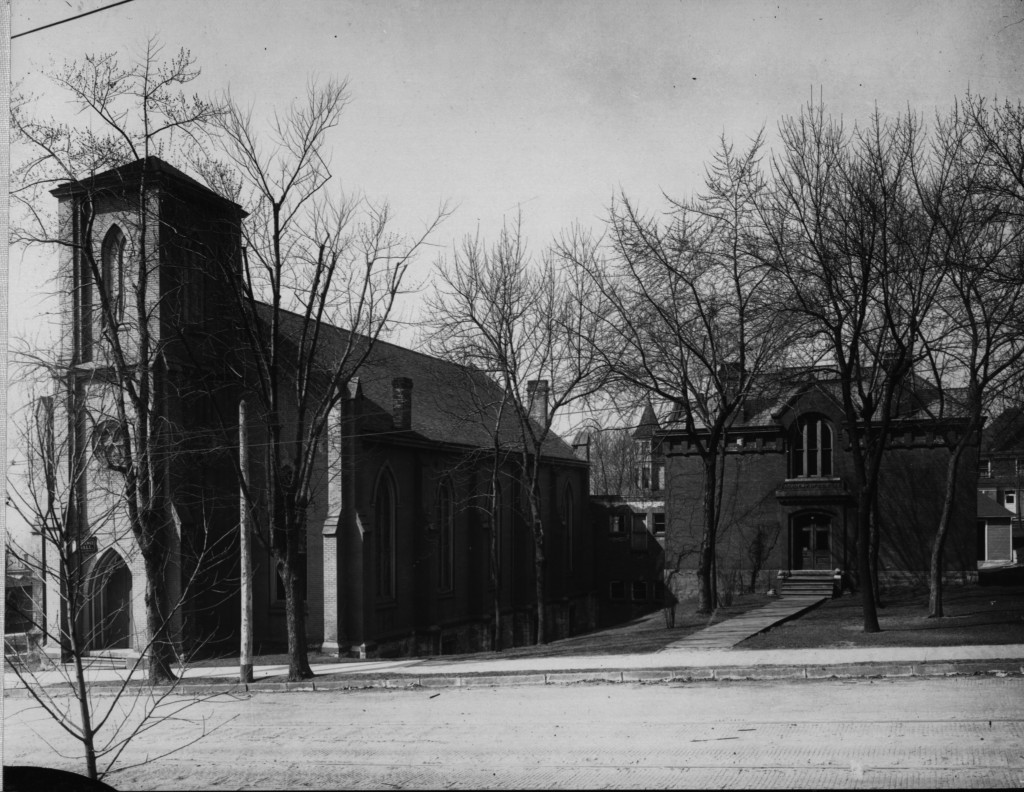 When the museum opened in 1878, the visitors were invited to view not only the Putnams’ and other members’ specimen collections, but the first exhibition by the Art Association of Davenport.  Said the Association of the Academy: “[It] has given expression to a spirit of genuine philanthropy by providing, free of rent, in its new building, a commodious Art Gallery, expressly for and well suited to the purposes and needs of the Association.” (2) The Association also offered art classes in the Academy building through the 1880’s.

Another connection between the two museums was in the person of Charles August Ficke, the attorney whose donation of paintings to the City of Davenport formed the nucleus of what is today the Figge Art Museum’s collection. He was elected president of the Davenport Academy of Sciences in 1906, and contributed significantly its collections with anthropological and art objects he brought back from his many travels. 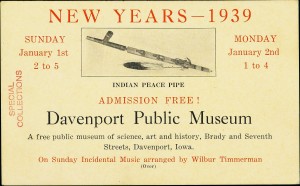 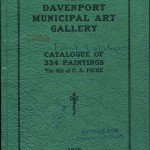 Ficke’s collection of paintings was not displayed at the Academy building, however.  The City agreed to renovate Battery B Armory building at 120 West 5th Street as exhibition space for his generous donation, making the Davenport Municipal Art Gallery one of the first municipal art galleries in the country, and the very first in Iowa. It opened in October of 1924. 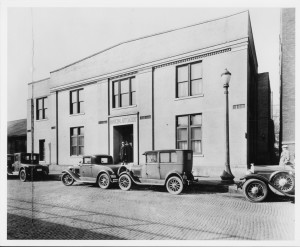 When civic-minded individuals, the City of Davenport, and leaders of both the Academy of Sciences (now called the Davenport Public Museum) and the Art Gallery began to recognize that better facilities were needed to preserve and interpret their collections, plans were laid for a “community cultural campus” on the grounds of the former Koenig estate at 12th and Division Streets. The W. C. Putnam estate provided major support for the project.

This Municipal Art Gallery catalog from our ephemera collection shows the newly-minted campus in 1964. The Davenport Public Museum is to the left, the Gallery to the right: 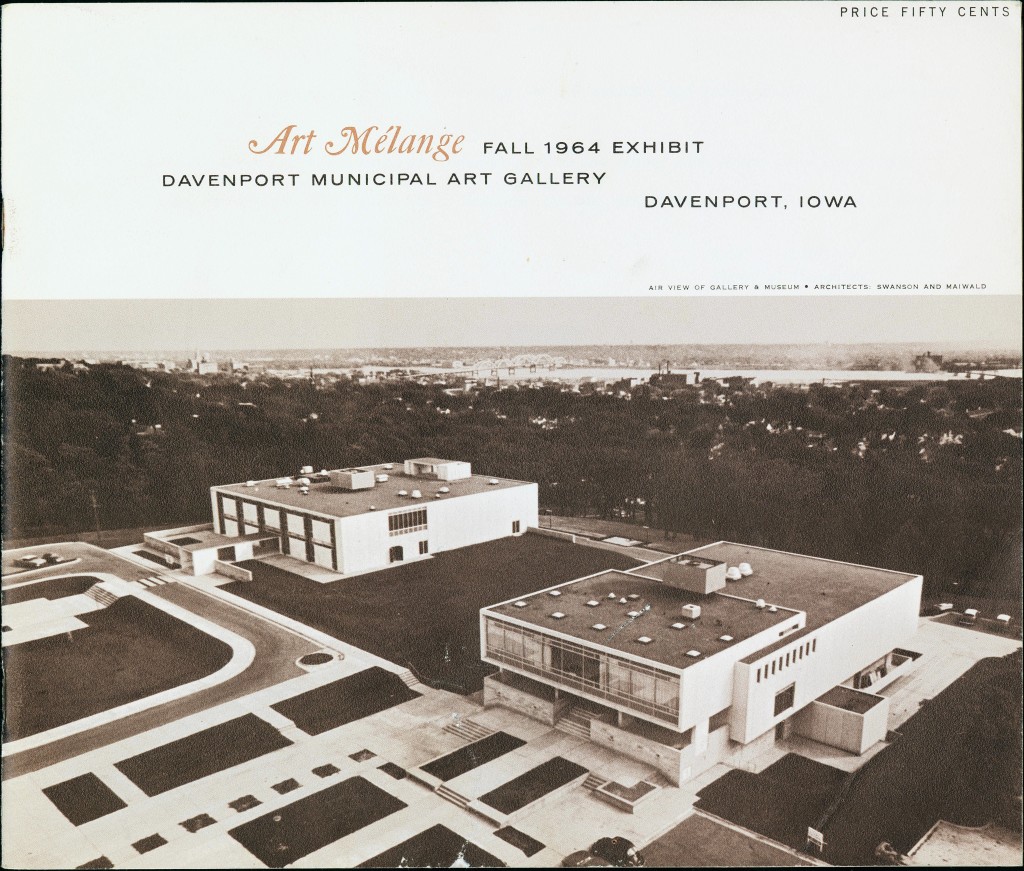 The campus is certainly recognizable as today’s Putnam Museum and (renamed as such in 1974), the Art Gallery (or Davenport Museum of Art) having moved to the David Chipperfield-designed building at 225 West 2nd Street  in 2005 and renamed as the Figge.

Although the Putnam and the Figge now operate separately, special events such as Quad Cities Museum Week preserve the spirit of cooperation among museums and other centers of learning that began in Davenport in the latter part of the nineteenth century. And here at the Davenport Public Library, you can discover their past as well as their present: passes to the Putnam and the Figge are available for checkout any week of the year!