The Life of a Librarian…Imagine the Possibilities!

In honor of National Library Week, we searched the archives of the Davenport Public Library to find this image of the library booth at Davenport High School’s Career Day on May 6, 1949. Librarian Myrtle Dunlap discusses career opportunities at public, school, and special libraries with these three students: 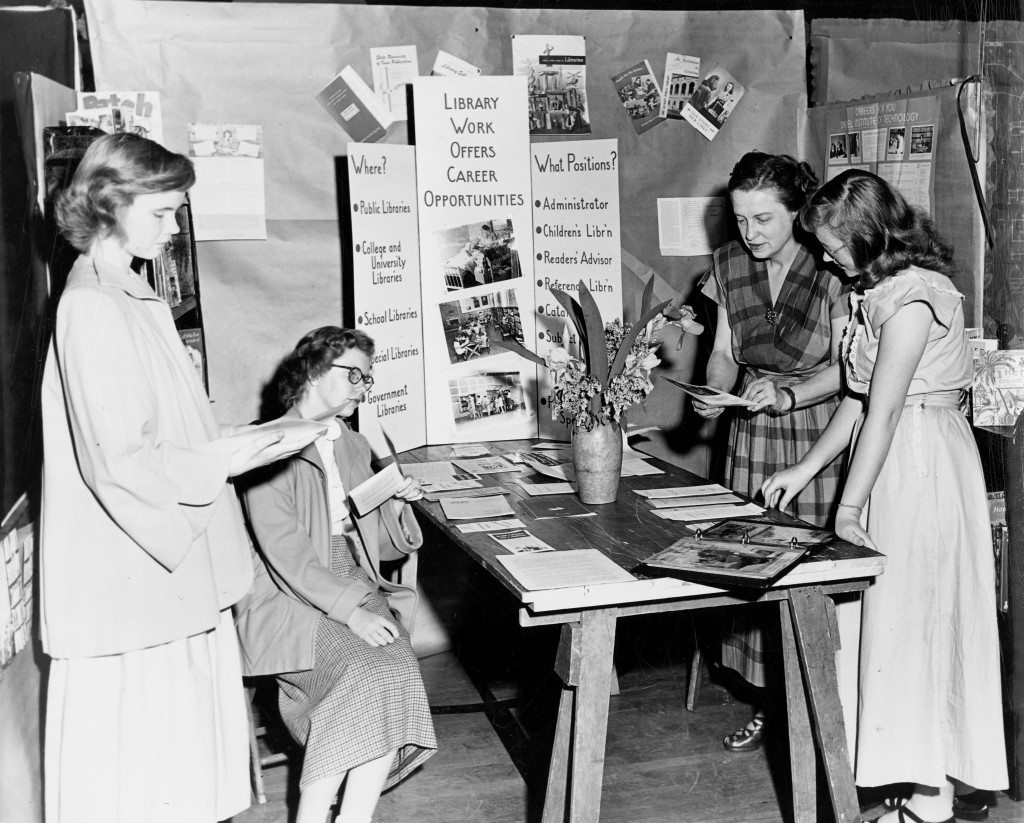 Myrtle Nellie Dunlap was born October 1st, 1903 in Cornland, Illinois. She worked as a librarian at Davenport Public Library in the 1930’s, then as a school librarian at Sudlow, Monroe, and Davenport High School from the late 1930’s through the mid 1950’s. During World War II, she was a lieutenant in the U.S. Navy and worked at the Bureau of Supplies and Accounts in Washington, DC. Ms. Dunlap died on January 22nd, 1982 and is buried at Camp Butler National Cemetery in Springfield, Illinois.

Bad Behavior has blocked 836 access attempts in the last 7 days.