One of Davenport’s local attractions is celebrating its 80th birthday this year. The electric fountain at Vander Veer Botanical Park opened on May 29, 1935 to the fascinated gazes of children and adults alike.

The new fountain took the place of an older Victorian fountain made of iron that had become structurally unsafe and was removed shortly before the new fountain’s construction began.

The Daily Times gave a full report on the construction of the fountain in its May 30, 1935 edition. The four basic colors used in the light display were amber, red, blue, and green. Seven projectors and three different types of sprays helped create the magical evening show that fascinated thousands of visitors that summer. 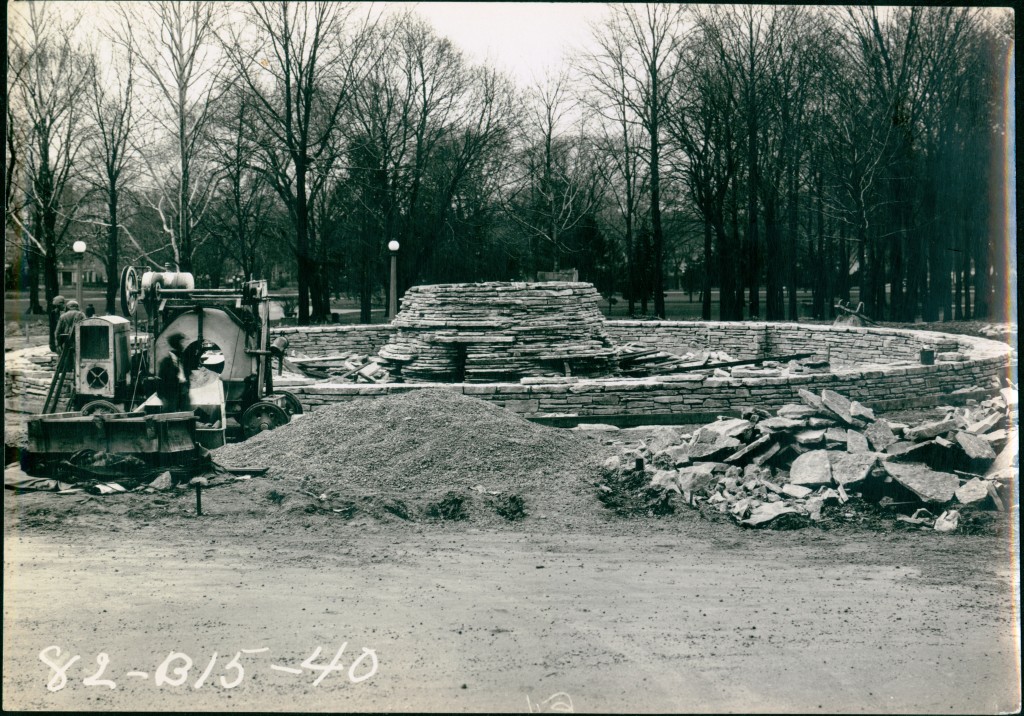 Since its first day of operation 80 years ago the fountain has had its ups and downs in operation. There were long periods of closure as worn out parts and finances stopped the beautiful night shows.

The fountain was once again restored and came alight in the summer of 2004. It remains a popular spot on hot summer days and (hopefully) cool evenings to visit.

If you haven’t been by recently, maybe stop by this summer to take a break, enjoy the beauty, and be part of a special 80-year-old tradition. 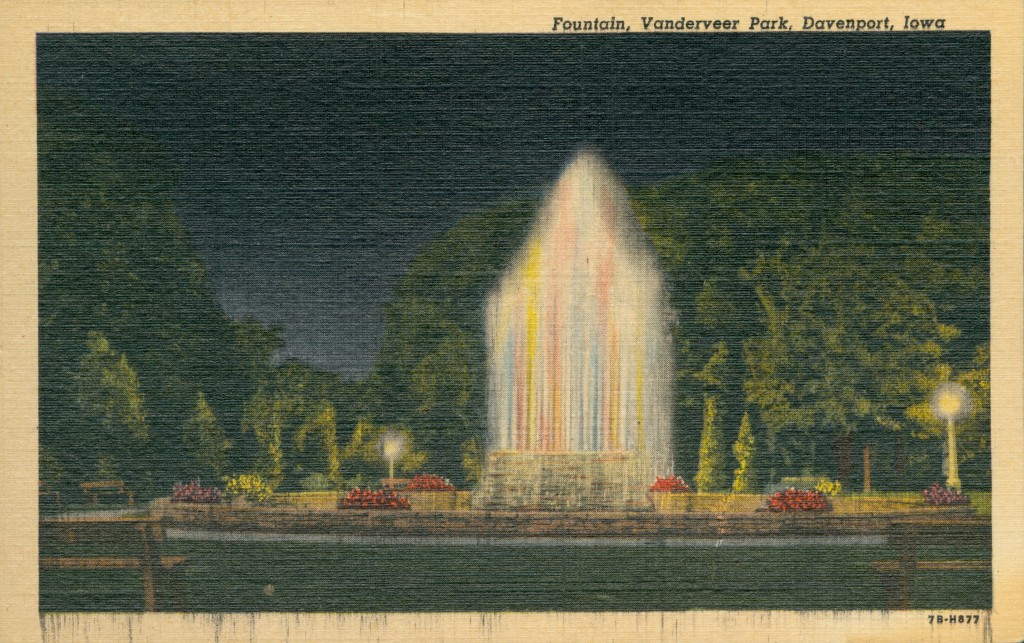