Valentine’s Day is for couples, so what better way to celebrate than by sharing some of the lovely photographs of Davenport couples taken by the Hostetler Studios? 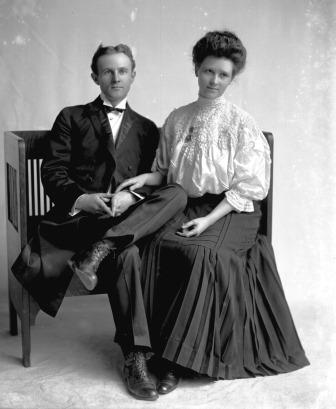 Dr. Benadom owned and managed the Benadom Sanitarium in Davenport.
He’s clearly crazy about his wife! 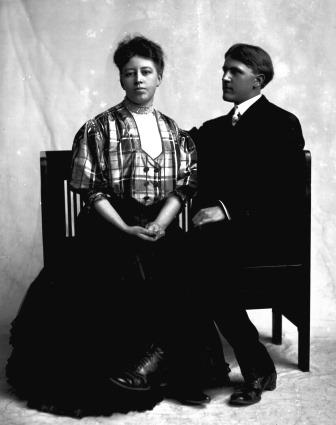 Hugo Moeller and Emilia Wulf were married in 1905.
Five years later, their daughter Janetta was born
and they apparently had no spare time for photography studios. 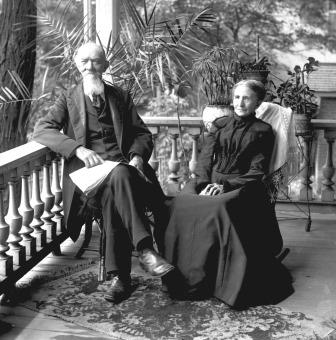 Lavinius and Anetta Peterson
celebrated their Golden Wedding Anniversary in July of 1908.
The Hostetler Studio also photographed them separately, but they look happier together. 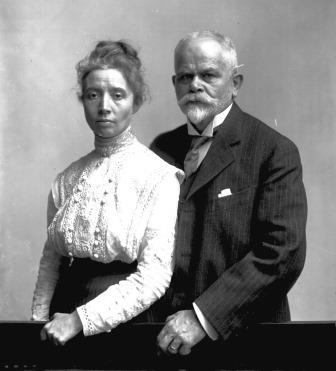 Louis Philip Best married Clara Louisa Krause on January 12, 1899.
He might look grumpy, but as President of the Woodruff-Kroy Company and Vice-President of the Robert Krause Company, he was probably just busy.
Mrs. Best, as the wife of a busy man and the mother of two children, was probably extremely patient. 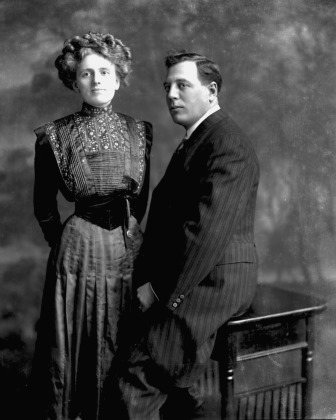 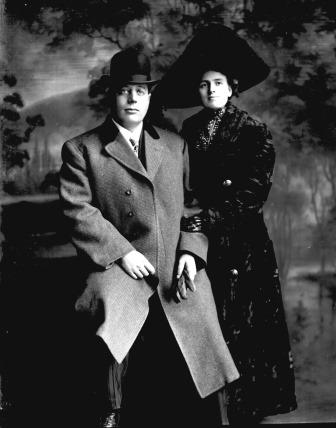 We don’t know much about this stylish couple, except that they had excellent taste in fashion. 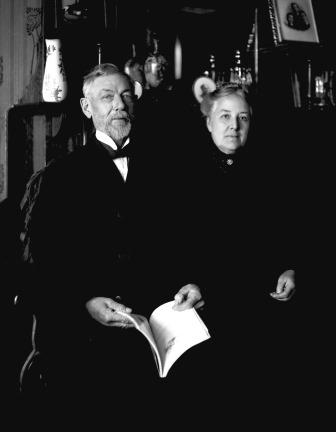 Charles Decker and Isabel Morgan were married in 1872.
They had three sons, and a country house for them to run around in.
Mr. Decker died the year before they would have celebrated their 40th anniversary. 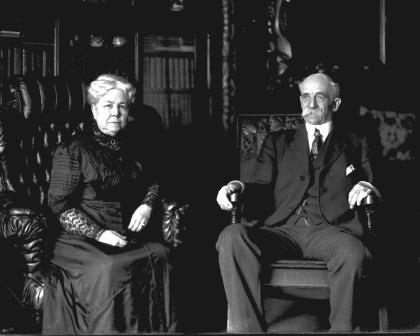 Eugene Hayward and Ellen Phelps were married in New York in 1864 and came to Davenport in about 1869.
They celebrated their Golden Wedding Anniversary by having their photograph taken.
They may be sitting in separate chairs at the moment, but don’t let that fool you;
by all accounts, they doted on each other.

Bad Behavior has blocked 1743 access attempts in the last 7 days.