Credit Where Credit is Due: An Invitation for You!

As we’ve mentioned a few times this month, this year marks the 200th anniversary of the Battle of Credit Island, which took place during the War of 1812, on the fourth and fifth of September in 1814.

Our Special Collections Center will be participating in the city’s commemoration of this event on August 30, on Credit Island, and we’d love to see you there!

There will be beginning genealogy packets for those interested in finding out more about their families, and screenshots showcasing some of our online resources that can provide military information  from the War of 1812.

We’ll be handing out Credit Island flyers to anyone interested in fun facts about the Island— and you can even take a selfie with one of our Local History Heroes! 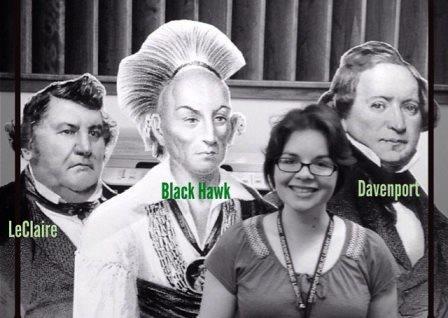 Cristina is not a Local History Hero. Yet.

There will be plenty for kids to do, too, including:

As a special treat, if they complete one of these activities—or have their selfie taken with one of our three handsome History Heroes—they’ll earn one of our new Local History Trading Cards! 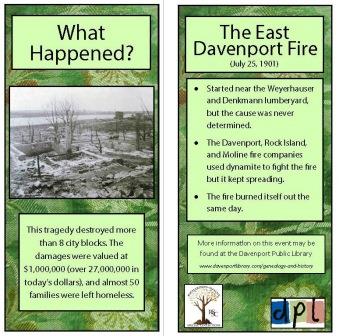 How awesome are these?

In addition, the city of Davenport and the Friends of Credit Island have planned many other things to see and do, including cannons, fireworks, and a program commemorating the anniversary of the Battle.

So check your calendars for this Saturday and make plans to come visit us between 8am and 2pm at Credit Island Park!

Bad Behavior has blocked 739 access attempts in the last 7 days.