Soldiering On: Local Veterans of “The Great War”

June 28, 2014 marks the hundredth anniversary of the assassination of Archduke Francis Ferdinand of Austria, heir apparent to the Austro-Hungarian Empire, whose death launched a series of political events that culminated in world-wide war.  The date of his murder is officially recognized as the start of World War I.

The United States joined its allies on April 6, 1917, and, as usual, the men of Iowa answered the call of their country.

Of the many Davenport-area men who went to war, a few had their photographs taken in uniform by the Hostetler Photograph Studio: 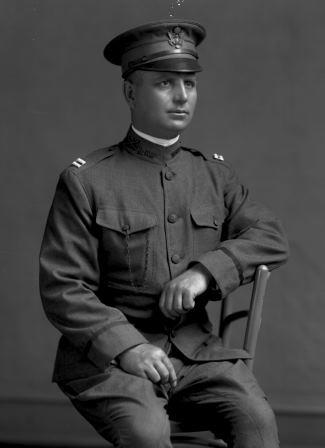 Harry Ward was a Captain in the Iowa National Guard when this photograph was taken.

According to the Davenport Democrat, which published his obituary on September 22, 1957, he was born June 8, 1882 in LaCrosse, Wisconsin, and came to Davenport in 1907 to work at the Rock Island Arsenal.

Captain Ward had previously served in the Spanish-American War and the Philippine War.  In January 1941, he was promoted to the rank of brigadier general in the National Guard of Iowa.

In civilian life, he was an alderman-at-large on the Davenport City Council and the Scott County representative in the state legislature. He was also elected Chief of Police from 1930 to 1934. 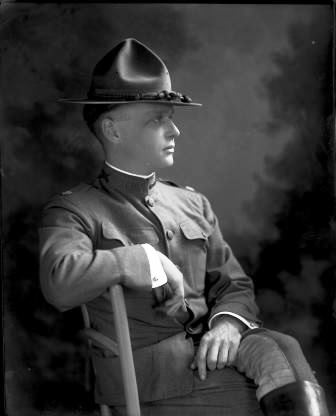 Born in Davenport, he married Gertrude Whitaker in 1913.

According to his obituary, published on March 9, 1965, in the Davenport Times-Democrat, during World War I, he was an instructor in field artillery at Ft. Sill, Oklahoma.  He was later promoted to colonel, being the youngest one in the Army.

Based on information in a newspaper article published in the Davenport Democrat on January 9, 1919, Colonel Compton was for a time Davenport city engineer, though he later gave up his position to become engineer to the Levee Improvement Commission. 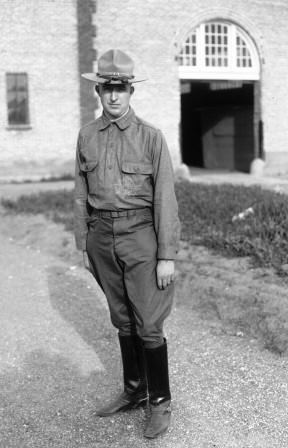 Earl P. McGinley was Captain in the Field Artillery during World War I.

Based on information in his obituary, published in the Davenport Democrat on January 24, 1935, he was born November 19, 1891 in Victor, IA, but moved to Davenport when he was a young man. He married Irma Schreiber on November 18, 1916 in Davenport.

In 1917, he was sent to Beming, New Mexico to be an instructor at the training camp there. 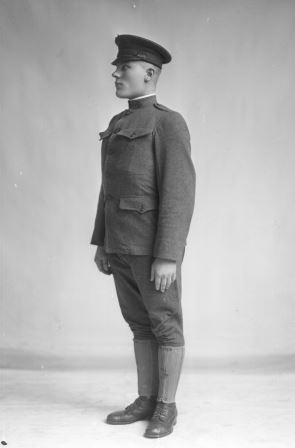 The only confirmed information we have on Earl Olsen is from his World War I Draft Registration Cards.

He was born on May 15, 1891 in Chicago, though he was living in Rock Island, Illinois when he joined the Army.  He served, at least initially, as a mechanic at Fort Sheridan, in Lake County, Illinois.

As we did not find an obituary for Mr. Olsen in our newspaper indexes, we searched for him in Soldiers of the Great War (SC 940.4 Sol), which was published by the Soldiers Record Publishing Association in 1920 and provides the names and photographs of the American soldiers who were killed in action or died of disease, wounds, or accident in World War I.

We were relieved that Earl Olsen does not appear among the Illinois soldiers who did not survive the War. If anyone knows any further details of Mr. Olsen’s life, please let us know.

Bad Behavior has blocked 572 access attempts in the last 7 days.