On April 20, 1923, The 40th General Assembly of the State of Iowa enacted the observance of a new holiday:  Bird Day.

It was an act to designate and set apart the twenty-first day of March as a day for public schools to set aside a portion of their curriculum to study our feathered friends.

Muscatine county schools observed Bird Day for the first time in 1924. Teachers incorporated topics relating to bird life in their composition assignments, including: ‘the value of birds as a means of destroying grasshoppers and other insects which are a menace to crops and trees”.

The celebration of this holiday fell by the wayside over the years until, in 1966, Iowa Governor Harold Hughes signed a proclamation making March 21, 1966 “Bird Day” in Iowa.  He urged citizens to cooperate in the observance of that day, “in order to make us more aware of the beauty and usefulness of the birds around us”.

Although this holiday no longer appears in the Code of Iowa—perhaps Congress thought it was for the birds–we in the Special Collections Center are all about tradition.  So here is our favorite bird image from our photograph collections: 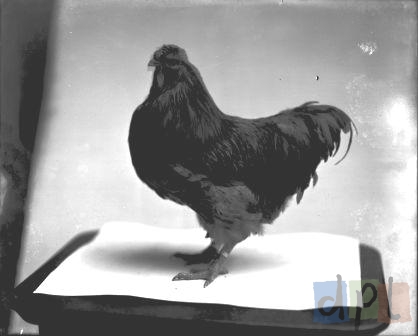 Acts and joint resolutions passed at the regular session of the fortieth general assembly of the state of Iowa. Chapter 79. [1923]

Like Loading...
This entry was posted in Local History and tagged birds, chicken, General Assembly, Holidays, laws. Bookmark the permalink.

Bad Behavior has blocked 584 access attempts in the last 7 days.