Need something to hold you over until Season 7 of Project Runway starts on Jan. 14, 2010? Check out Valentino: The Last Emperor, a documentary following around the iconic designer and his team as Valentino gives his final show and the label succumbs to takeover. At the heart of the story is the relationship between Valentino and his long-time business partner and companion, Giancarlo Giammetti. However, it is the fluttery Valentino seamstresses that really captivated me–how does one even learn to sew like that?! I wonder if they get a discount on the couture? The parade of glamorous gowns throughout the film kept me in constant awe (Oh! to wear a Valentino!) and seeing Valentino’s complete creative process was so inspiring, that by the end of the film I felt completely heartbroken about the separation of Valentino Garavani and Valentino, the artist and his creation, the emperor and his world. 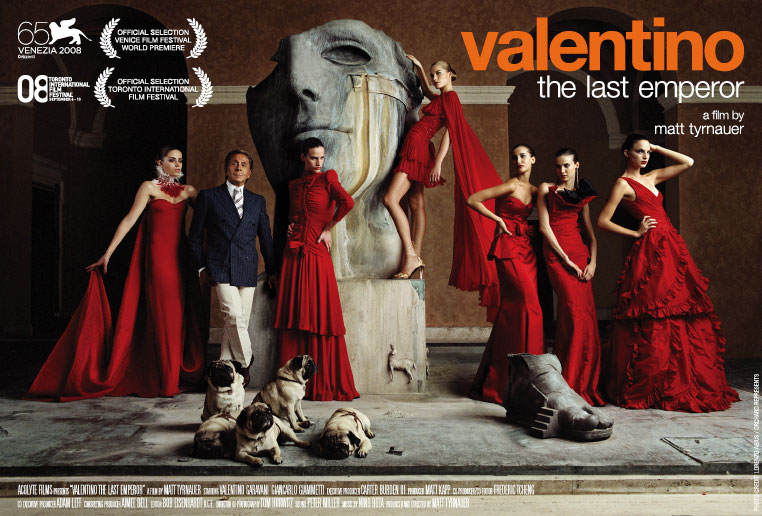 One thought on “Valentino: The Last Emperor”