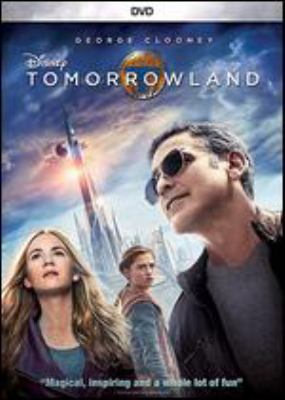 Disney never seems to disappoint when it comes to instilling a set of values and convictions into any movie and Tomorrowland, a film starring George Clooney as disheartened former boy genius Frank and Britt Robertson as optimistic reckless science-geek Casey, lives up to the Disney promise of hope by showing viewers that anything is possible as long as you can dream it.

In Tomorrowland, we’re introduced to Frank Walker, a young genius who brings his idea for a jet pack to the New York World’s Fair in the 1960s where he bumps into the mysterious Athena, a child seemingly monitoring the inventions table in the hall, who slips him a pin with the letter “T” on it that ends up changing Frank’s life forever. Flash forward to present day and we see Casey Newton, a teenage girl with a quick mind and a NASA engineer father who will be put out of a job if NASA succeeds in the demolition of the rocket launch platform in Cape Canaveral. Discovering a “T” pin of her own, Casey finds herself on a journey to figure out where exactly this pin is taking her and why she was given one. Join Casey and Frank as they rocket through space and are transported to a place called Tomorrowland, where letting your imagination loose is encouraged and where adventure awaits as long as you believe anything can happen.