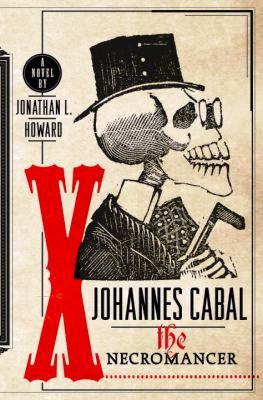 Having voluntarily given up his soul to the devil, thinking that such a useless thing would only get in the way of his more esoteric scientific experiments, Johannes Cabal, Necromancer and Not Nice Person, has reluctantly changed his mind. It turns out that souls may have a purpose after all.

So he pays a visit to the Netherworld to request the return of his most personal of property, baffling, intimidating—and occasionally terrifying–the demons in his relentless path.

As anyone who is not a stubborn necromancer might have guessed, the Devil refuses, on the simple grounds that he’s The Devil. Johannes, who is more desperate than he wants anyone to know, suggests a wager.

The Devil agrees, and sets the terms: Johannes has one year to collect 100 souls to free his own. If he doesn’t, his life will also be forfeit.   The devil hands over a timer, an assistant, a broken down traveling carnival, and a (very small) portion of his own dark power to run everything.

Johannes might know about dark magicks, scientific methods, and getting his own way, but he doesn’t understand people and the concept of “fun” simply doesn’t compute. To make his carnival work as a wondrous soul trap instead of a humiliating flop, he needs help.

The kind of help one can only find in a forgotten crypt at the bottom of a forgotten cemetery, where Johannes trapped it eight years ago . . . oops.

Considering the subject matter, Johannes Cabal the Necromancer shouldn’t be as hilarious as it is, but it’s well-written, snarky and impossible to put down.

I know I shouldn’t cheer for Johannes, who is thoroughly, unapologetically unloveable, but I do. And I really, really shouldn’t want him to successfully trick other people into handing over their souls to save his own –but I really, really did.

And I shouldn’t want to immediately check out the rest of the series and read them all at once, but, well . . . you know.

One might be forgiven for wondering if Jonathan L. Howard wove a little magic of his own into the (mis)adventures of Johannes Cabal, to make them so compulsively readable.

As long as he keeps writing them, I don’t think I’ll protest too much.

Bad Behavior has blocked 1523 access attempts in the last 7 days.