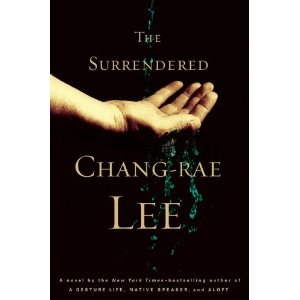 Author Chang-Rae Lee admits that the first chapter of his book is based upon a tragic event in his father’s life — something so traumatic that his father had never disclosed it — until questioned by his then college-aged son.  The chapter features June Han, an 11-year-old orphaned refugee during the Korean War, desperately struggling to flee the approaching military with her younger siblings in tow.

The chapters often leave the reader hanging, wondering what happened, only to open the next one to discover a new character in a totally different time period. We are later introduced to Hector, a handsome American who enlists to fight in Korea, but then decides to remain after the war to work in an orphanage.  There, his life becomes entwined with June’s and also with Sylvie Tanner, the beautiful wife of the minister who runs the place.  But Sylvie’s story reveals her own scarred and tragic past.

We primarily see June thirty years later, now a successful New York antiques dealer who is dying of cancer, as she reunites with a reluctant Hector in a search for her long-lost son.  As the book spans three decades and several continents, The Surrendered is an epic saga, masterfully written with complex characterization, but also, according to Publisher’s Weekly, “a harrowing tale, bleak, haunting, often heartbreaking — and not to be missed.”