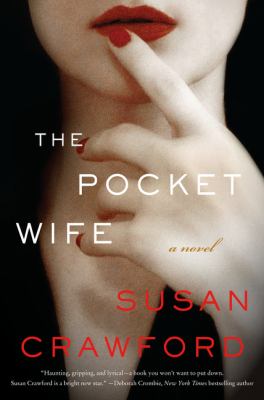 Dana Catrell’s life is in chaos. She’s married to a lawyer who makes her feel trivial, as if stuck inside his pocket like loose change. She’s also sliding toward the brink of insanity. Devastated by mania, part of her bipolar disorder, Dana finds that there are troubling holes in her memory, including what happened on the afternoon of her friend Celia’s death. She’s horrified to learn she’s the only other person with a key to Celia’s house – and the last person to see her alive. She and Celia had shared recipes and gossip. But not secrets – until that final afternoon. Closing her eyes, Dana can see images, loose pieces of a hazy puzzle. Sangria in a glass, a tiny rip in Celia’s screen door, Celia lying in a pool of blood, the broken vase beside her head, the kitchen knife just so above her hand. But there are infuriating, terrifying gaps. Is murder on her mind–or is it all in her head?

As evidence starts to point in her direction, Dana will use the clarity her mania brings her to fill in the blanks and clear her name before her demons win out. But her husband’s odd behavior and the persistent probing of Detective Jack Moss complicate Dana’s search for answers. The closer she comes to piecing together shards of her broken memory, the closer Dana comes to falling apart. Is there a killer lurking inside her . . . or is there one out there in the shadows of reality, waiting to strike again?

A story of marriage, murder, and madness, The Pocket Wife is a sophisticated, gripping tale of psychological suspense that explores the world through the foggy lens of a woman on the edge. (description from publisher)