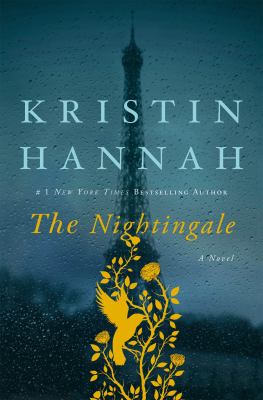 After their mother dies and their father virtually abandons them, Vianne and Isabelle must learn to forge their own way. Vianne marries and starts a family in an idyllic country setting outside of Paris while Isabelle becomes rebellious, expelled from one boarding school after another. When the Germans occupy Paris in 1939, Isabelle is sent to live with her sister but the horrifying experiences of escaping with other refugees opens Isabelle’s eyes to the pain and suffering the war will bring.

The changes brought by the Germans are inexorable – the men are sent away to prison camps, food is rationed, soldiers are billeted in private homes, valuables ruthlessly taken, Jews and other “subversives” are persecuted then transferred to prison camps. Vianne, in the countryside, desperately walks a line between loyalty to her friends and neighbors while remaining unseen by the occupying soldiers. Isabelle joins the French Underground and risks her life again and again in an effort to make a difference. Their stories intertwine as they struggle to survive and protect those they love.

There are a lot – a lot – of books about World War II both fiction and non-fiction. It’s one of the most popular subject areas at the library. And while most of us learned the basic facts about the war from school and history books – dates, countries, famous battles – the stories of what it was like to actually live through the war are slowly disappearing as that generation ages and passes away. The Nightingale may be a dramatic, fictional account of living in war torn France, but the messages it sends are very real – remember for those that no longer can. What they did to survive, to change the course of events, whether big or small, mattered. We should not forget.

Bad Behavior has blocked 1209 access attempts in the last 7 days.